Cowering? Obama is under fire from the right for being reluctant to act overseas
Chip Somodevilla—Getty Images
By Jon Meacham

“For you have but mistook me all this while:
I live with bread like you, feel want,
Taste grief, need friends: subjected thus,
How can you say to me, I am a king?”
—Shakespeare’s Richard II

It has been ever thus. From Shakespeare’s deposed Richard II to Lyndon Johnson, from Henry V to Bill Clinton, outsize ambition often brings along outsize emotional needs. Theodore H. White, the Time-Life chronicler of U.S. presidential campaigns, once defined what he called “the politician’s optic,” in which the hostile language in any press story leaps off the page. By the same token, White wrote, even the slightest compliment to an opponent “swells to double-size capitals” in the politician’s gaze. “This is an occupational disease of politicians,” wrote White, “just as it is for authors and actors, who similarly live by public approval or distaste.”

During the Bay of Pigs invasion in early 1961, White’s most iconic protagonist, John F. Kennedy, was so consumed with the demands of the presidency that he greeted an ambitious Barry Goldwater with a question: “So you want this f-cking job?”

A cool, intellectual U.S. President in the ­maelstrom and in something of a bad mood about it: the parallels between 1961 and 2014 are at best faint, but the general image of an American leader trying to exert his power over a resistant world by controversial means does bring us to the prevailing narrative about Barack Obama’s foreign policy. Forgotten, apparently, is the President who killed Osama bin Laden and has aggressively conducted drone warfare. In the new conventional wisdom, Obama is said to be conducting a weak foreign policy that is damaging U.S. prestige and power. Faced with criticism of his stewardship of our place in the world, moreover, the President has been portrayed as a self-absorbed whiner who’s making too much of his view that there are practical limits to what the U.S. can do to advance its interests. In chattering-­class shorthand, we’ve moved from the cowboy diplomacy of George W. Bush to the cowering diplomacy of Barack ­Obama—from unthoughtful hawk to self-­pitying dud.

You can imagine the joy the President takes in such criticism. Well, actually we don’t have to imagine it. We can hear it directly from him in the transcripts of a press conference in the Philippines. Dismissing the possibilities of direct military action in Syria and Ukraine, Obama said, “Where we can make a difference using all the tools we’ve got in the toolkit, well, we should do so. And if there are occasions where targeted, clear actions can be taken that would make a difference, then we should take them. We don’t do them because somebody sitting in an office in Washington or New York thinks it would look strong. That’s not how we make foreign policy.” The way it is made, he said, “may not always be sexy. That may not always attract a lot of attention, and it doesn’t make for good argument on Sunday morning shows. But it avoids errors. You hit singles, you hit doubles; every once in a while we may be able to hit a home run. But we steadily advance the interests of the American people and our partnership with folks around the world.”

To Maureen Dowd of the New York Times, Obama’s Manila soliloquy was one of whining and whinging: “The American President should not perpetually use the word eventually. And he should not set a tone of resignation with references to this being a relay race and say he’s willing to take ‘a quarter of a loaf or half a loaf,’ and muse that things may not come ‘to full fruition on your timetable’ … A singles hitter doesn’t scare anybody … It doesn’t feel like leadership. It doesn’t feel like you’re in command of your world.”

The sound you may hear in the background is that of the goalposts of American punditry being moved up and down the field. Not so long ago the common wisdom held that Bush 43 was shredding our alliances with a swaggering unilateralism, refusing to acknowledge the complexities of the early 21st century world. Now, in the blink of the historical eye, Obama is being routinely maligned as professorial, an ineffective multilateralist (a damning combination, that) who is acting like a latter-day Lord Halifax, the British Foreign Secretary who was willing to entertain the possibility of talks with the Axis in 1940. From the perspective of as serious an observer as Charles Krauthammer, Obama’s foreign policy is a catalog of compounding weakness from Syria to Ukraine and beyond.

Yet Obama is choosing limited action in many spheres because he believes that more expansive action may create more problems than it would solve. He is a pragmatist who has always been depicted, particularly by his opponents, as an ideologue. Obama’s vision of U.S. power is much more in keeping with John Quincy Adams’ adage that we should not seek out monsters to destroy than with the muscular globalism of Bush’s second Inaugural Address, a speech that argued America’s overriding purpose was to end tyranny wherever it might flourish.

American foreign policy has proved most effective when it has found itself somewhere between Adams and Bush. In modern times, Franklin Roosevelt, John Kennedy, Ronald Reagan and George H.W. Bush tended to exercise national power in ways that balanced democratic idealism with political realism. Depending on the moment, they reached out or held back, projected power or kept the powder dry. The art of decision often—not always but ­often—­benefits from a cautious ­weighing of the relative costs of action and inaction. Lord knows, we get things wrong—we have fought unwise wars, ignored the plights of persecuted peoples, sent contradictory signals—but by and large, generation in and generation out, we have, in British journalist and economist Walter Bagehot’s phrase, muddled through.

The question now is whether Obama is muddling through in the manner of his better predecessors or is at once withdrawn and weak. The fairest critique of recent events is that his drawing a “red line” in ­Syria and then deciding to say, in effect, “Never mind” was a mistake with serious consequences both there and in the wider world. Statecraft 101 teaches that you don’t issue ultimatums you aren’t determined to live up to. (Even Obama’s most fervent friends admit Syria was poorly handled.) Vladimir Putin’s expansionism is deeply troubling, and arming the Ukrainians with weapons more substantial than Meals Ready to Eat makes sense, but does Obama’s caution in the Russian crisis really rise to 1930s-level appeasement? Did Bush’s essential acquiescence in the invasion of Georgia make him a squish, or was it a rational decision based on a cost-benefit analysis of what America could ­effectively do?

Russia is a complicated problem—we oppose Putin on his drive for more territory but need him on Iran and Syria. The real issue comes down to sanctions, the stronger the better. “If America fails to act—and I’m not talking about deploying troops, but tough, smart ­sanctions—at times when we can act,” says Senator Bob Corker, the ranking Republican on the Foreign Relations Committee, then “we may be heading in a direction that makes a major conflict more likely, not less.”

Corker is a sensible man, and he’s right that there’s plenty to worry about. It is disproportionate, however, to think of Obama as an existential failure. And yet the criticism will never end. Reflecting on the vagaries of popular opinion, Thomas Jefferson wrote to a friend who was under public attack, “If you meant to escape malice you should have confined yourself within the sleepy line of regular duty.” Obama understands that, even if he–like Shakespeare’s kings and Teddy White’s presidents–doesn’t like it.

In a preface to a series of lectures about White House decisionmaking that his adviser Theodore ­Sorensen published in 1963, Kennedy observed, “­Every President must endure a gap between what he would like and what is possible.” As do we all. 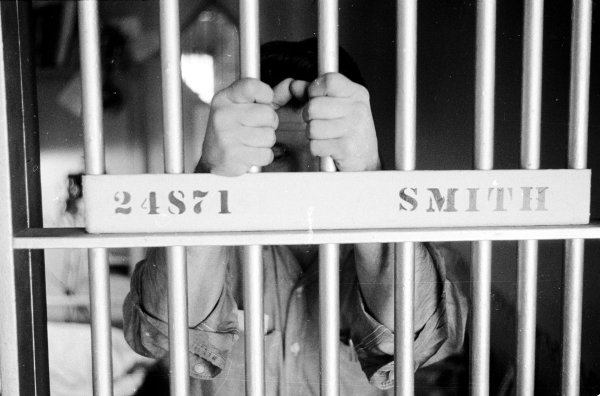 This Is the One Thing the Right and Left Are Working Together On In Congress
Next Up: Editor's Pick