Chinese e-commerce behemoth Alibaba has filed documents with the Securities and Exchange Commission to go public in the U.S., setting the stage for what could become the largest technology stock offering in history.

If successful, Alibaba’s IPO could eventually value the company at substantially more than $150 billion, according to Wall Street analysts, in what would amount to a windfall for Yahoo, which owns 22.6% of the e-commerce giant. Alibaba’s public debut would be the largest ever by a Chinese company in the U.S. public markets.

Alibaba, which was founded 15 years ago by English teacher-turned-entrepreneur Jack Ma, dominates the Chinese e-commerce market, powering four-fifths of all online commerce in that country, according to Reuters. Along with its flagship Taobao website, the company also operates a digital payments service and a cloud computing business.

In its filing with the SEC, Alibaba said it aims to raise $1 billion, but that figure is a placeholder amount used to calculate registration fees. Wall Street analysts believe Alibaba could eventually top Facebook’s 2012 $16 billion IPO, which set a record as the largest technology stock offering in history. Alibaba has yet to decide whether to list its shares on the New York Stock Exchange or the Nasdaq.

Alibaba aims to sell a 12% stake to the public, according to Bloomberg, which could generate as much as $20 billion in new capital for the company. In the coming months, Alibaba will embark on a “road show” designed to woo Wall Street investors. Demand for a piece of the IPO is expected to be intense because Western investors are eager to gain exposure to China’s massive and fast-growing e-commerce market.

Alibaba could eventually have a market valuation of between $150 billion and $200 billion, according to Jeffries technology analyst Brian Pitz, who estimates that Alibaba accounts for about 75% of Yahoo’s valuation, along with other Asian assets and cash holdings.

Yahoo owns 22.6% percent of Alibaba, and is expected to sell a 9% stake, which could generate more than $10 billion for the purple-hued Silicon Valley pioneer depending on the final price of the IPO.

At $200 billion, Alibaba would be worth more than U.S. tech titans Facebook and Amazon, but it would still trail Apple and Google, the world’s two most valuable technology companies. Last year, Alibaba handled $248 billion in online transactions, according to the company’s IPO filing, more than Amazon and eBay combined.

“There is less of a retail culture in China, ie. ‘Let’s go shopping on Sunday,'” Paul Sweeney of Bloomberg Industries told PBS Newshour. “They don’t necessarily have that as much, and as a result, e-commerce has actually grown much faster in China than it has in a lot of the Western markets.”

“The Alibaba opportunity there is tremendous,” Sweeney added. “U.S. and Western investors recognize that. There are very few ways for Western investors to invest in this growth story. Alibaba will be by far the largest, most liquid, and arguably safest investment vehicle.”

Last month, Yahoo reported tepid results for its core business, but the company’s stock jumped 8% based on Alibaba’s revenue, which soared 66% from the year before. The company’s net income was $1.6 billion, more than double the previous year. Yahoo shares moved 1% higher in after-hours trading on Tuesday, following Alibaba’s IPO filing.

“The bottom line is that Yahoo’s stock continues to be driven by Alibaba results,” Macquarie tech analyst Ben Schachter wrote in a recent note to clients. “With its reaccelerating revenue growth and high margins, Yahoo will continue to reap the rewards of its Alibaba holdings.” 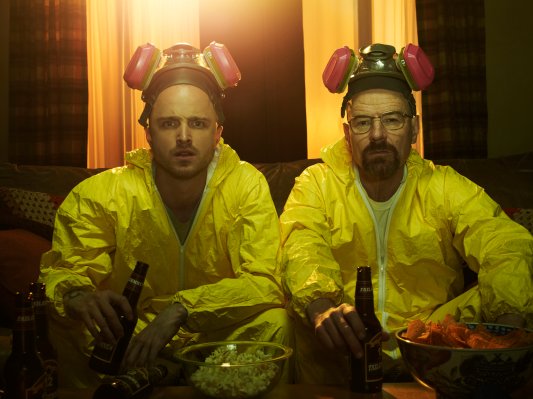 Here's How Much of Your Life You'll Spend Binge-Watching These Popular Shows
Next Up: Editor's Pick