Some Los Angeles Clippers sponsors are working to put even more distance between themselves and the team a week after team owner Donald Sterling was banned for life from the NBA for racist comments about black people.

Corona, which said last week that it would suspend its Clippers sponsorship until the NBA completed its investigation, now says it won’t associate with the team until Sterling gives up ownership.

“His alleged comments were offensive and appalling, and completely counter to the type of brand Corona aspires to be,” a Corona spokeswoman said in an emailed statement. “Our sponsorship of the team will be terminated.”

Red Bull resumed its sponsorship of the Clippers on May 2, but with new conditions. Fifty percent of the money the Clippers get from Red Bull for the rest of the postseason must be donated to the same anti-discrimination charities that the NBA plans to give Sterling’s $2.5 million fine. Other funding must be used exclusively for basketball operations. Yokohama Tires is coming back with similar strings attached, according to Ad Age.

Sprint, State Farm and Aquahydrate all confirmed that their sponsorships are still suspended but not fully terminated. Automaker Mercedes-Benz, used car retailer CarMax, airline Virgin America and the Chumash Casino Resort in Santa Ynez, California all completely ended their Clippers sponsorships last week. LoanMart, another business that suspended its sponsorship, did not respond to TIME’s request for comment.

Sterling, whose racist remarks were secretly recorded and then published online, was banned for life from the NBA last week by league commissioner Adam Silver. The NBA can force Sterling to sell the Clippers if three-fourths of the league’s owners vote in favor of the measure. At least one owner expects the upcoming vote to be “unanimous.” 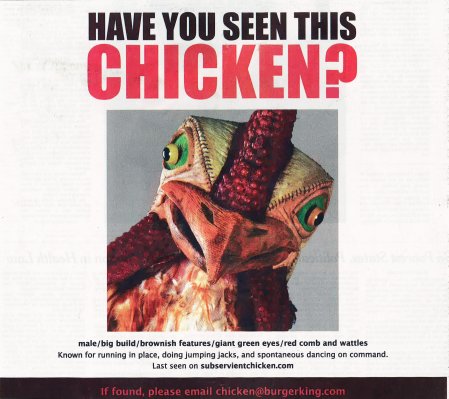 Burger King's Subservient Chicken Is Back
Next Up: Editor's Pick