For those benighted fools calling for a 2016 presidential race between Hillary Clinton and Jeb Bush, it’s worth underscoring how uninspiring and backward-looking any new showdown would be. The short version? About as memorable and entertaining as Grudge Match, the recent Sylvester Stallone-Robert DeNiro “comedy” about over-the-hill boxers getting together for one…last…fight that you skipped when it was in theaters and now assiduously avoid on cable.

It’s also worth recalling just how underwhelming the first match-up between these two families was. Hampered by the dog-on-leg perspicacity of Ross Perot and a willingness to break his “no new taxes” pledge, George H.W. Bush pulled just 37.5% of the vote. Suffering from a zipper problem more expansive than an El Camino’s astroturf-lined flatbed and touting such accomplishments as moving Arkansas all the way to 48th out of 50 states in per-pupil education expenditures, Bill Clinton snuck into the White House with just 43% of the vote. (In 1996, despite facing Bob Dole, the least inspiring presidential candidate since the Yippies ran “Pigasus” in 1968, Clinton still only managed 49%, becoming the only two-term president to never win a majority of the popular vote.)

It’s not exactly clear if anybody outside a preternaturally lazy press corps and close family members are really pushing for a fourth showdown between the Clintons and the Bushes. “I hope Jeb runs,” older brother and former President George W. Bush says. “I think he would be a great president.” It’s true that back in the day many pundits had expected Jeb, not George, to be the next Bush in the White House. Despite success as a large-state governor, George had always come off as Fredo Corleone to Jeb’s Michael. But still: Who listens to the advice from the guy who left office with the lowest final approval rating ever?

When it comes to Hillary, it’s not even clear that she has locked down Bill’s unconditional backing. “I don’t know what Hillary’s going to do, but whatever it is, I expect to support it,” Bill said last year, the sort of tepid statement that would likely provoke a spousal spat on the off chance that they ever see each other again.

In an interesting new profile, Politico magazine asks, “What Is Hillary Clinton Afraid Of?” The authors talk a lot about the former Secretary of State’s well-known disdain for the press, and strongly suggest that it’s Clinton’s fear of having to revisit Whitewater, Vince Foster, Webb Hubbell, Travelgate, Troopergate, Paula Jones, Juanita Broaddrick, Gennifer Flowers, our great national conversation about Peyronie’s disease and a thousand other barely remembered scandals, slights and humiliations that is keeping her from running for president.

Well, there’s also her truly awful record in the Obama administration, too. Nobody can seriously argue that America’s foreign policy and standing in the world soared to new heights on Clinton’s watch. Even her attempt to “reset” relations with Russia was botched (the “reset button” she presented her Russian counterpart actually translated as “overcharged”). And as recently released emails suggest, questions about Benghazi, the highest-profile debacle on Clinton’s watch, are far from dead. So maybe Hillary Clinton is less afraid of the press and more worried about having to defend the rotten record she compiled as part of an administration whose president keeps getting less and less popular.

For his part, former Florida Gov. Jeb is not just fighting “Bush fatigue,” an affliction typically reserved for actors in adult movies, but a long layoff from elected office (he stepped down in 2007). Then there’s extreme partisan right-wing outrage over his willingness to defend illegal immigration as “an act of love.” Speaking for many conservatives, Mark Krikorian of National Review dubbed such talk “gibberish” and “horse flop.”

Unlike the Democratic field, which seems to be there for Clinton’s taking (though she was in that position in 2008), the GOP field is thick with contenders ranging from Sens. Ted Cruz and Marco Rubio, Gov. Chris Christie, and former Gov. Mike Huckabee. Recent polls show Bush in a tie with Sen. Rand Paul but it’s anybody guess how things will shake out. Bush has issues on the family front too. They are different from Clinton’s to be sure, but no less important. His wife is famously reluctant to see him take a shot at the White House, and one of his children has had drug-related problems that would certainly get a full airing, especially due to charges of special legal treatment and Bush’s strong anti-drug stance.

If it’s far from clear what sort of personal calculus at which Jeb Bush and Hillary Clinton may yet arrive, there should be no question that a Clinton-Bush race would be bad for those of us not related to either. America has never been particularly fond of dynasties (apart from psychotics, who really likes the Yankees or the Kennedys?), and representatives of one or both of these families have been running for president basically since at least 1980. More importantly, their clans have been central players in an increasingly vicious and rancorous era in politics whose chief effect has been to drive a record number of Americans to declare themselves to be political independents. If we’re so concerned about inequality in America, what sort of message does it send to strivers that we can’t go a decade without gifting a Bush or a Clinton free housing, use of a private jet and the mother of all expense accounts?

Turning back to such dated and damaged goods would also be yet one more cruel joke that Baby Boomers are playing on Gen Xers and Millennials. The generation born between 1946 and 1964 – Hillary was born in 1947 and Jeb in 1960 – are waging nothing less than class warfare on younger Americans. The crew that grew up singing along to The Who’s “My Generation” (which proclaimed “I hope I die before I get old”) is now refusing to exit the center stage of American life gracefully — or at all.

The old-age entitlements that boomers are beginning to collect en masse will be tapped out way before today’s young workers turn 65, but only after beggaring those same workers through payroll taxes and worse and worse payouts. Obamacare, which caps what older people can be charged for health care, is specifically designed to make young Americans pay more than market rates to subsidize premiums for older folks who are, as a class, far wealthier and able to pay their own way. Under Jeb’s brother and Hillary’s former boss, the Boomer-led government has racked up debt that younger Americans will be paying off for generations if not centuries to come.

The fact that more and more young people are living with their parents is usually seen as something approaching a tragedy for both kids and parents. You can’t move out if you don’t have a job. Now comes word that Baby Boomers are refusing to retire because they feel forever young. Can’t the White House at least be one place in America where a younger American can finally move out to?

Correction: The original version of this post cited the percent of electoral votes George H.W. Bush won in 1992. It has been corrected to reflect his popular vote. 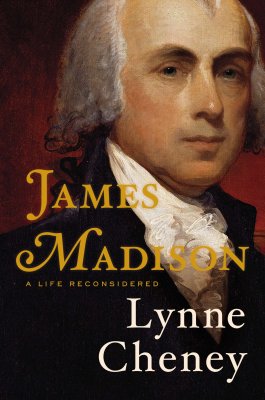 James Madison's 6 Rules for Success
Next Up: Editor's Pick