4 Things the Galaxy S5 Should Do (But Probably Won't)

On February 24th, it’s believed that Samsung will officially unveil the Galaxy S5. The screen will reportedly be a little bigger (5.2 inches), the camera nicer (probably 16 MPs), the presentation more polished, and the pastries in the lobby between 10-20% tastier than those served during Samsung’s last Galaxy reveal.

The company will hopefully confirm the device’s rumored 560 pixels-per-inch display. “That’s over 70% more pixels per inch than the iPhone 5s,” a smiling Ryan Bidan (director of product marketing) should say, “and 1,000% higher than my best score on Flappy Bird.” A polite ripple of applause and tweets would surely follow.

Regrettably, Samsung will likely forget to do four things, all of which are more important than megapixels, croissants, and pixelated birds. Here’s what the Galaxy S5 should do…but probably won’t.

Ask any longtime iPhone user why she hasn’t switched to Android, and you’ll get a vague justification. “I just like the way Apple does it.” Most iPhone users can’t explain why exactly they prefer the iPhone user experience, but there’s a simple explanation: touch response time. According to a 2013 touch latency test, Android-powered phones take up to 2.5x longer than iPhones to register actions. Never mind that Galaxy screens have several other advantages (ex: bigger, more accurate): those milliseconds matter. The experience just feels smoother on an iPhone, and that difference—however slight—is worth 8 megapixels to the mass market of Mom, Dad, and Grandpa Joe.

Granted, Samsung needs Google’s help to solve this problem: no matter how much Samsung streamlines its TouchWiz interface, it’s the hardware-software integration that ultimately matters. Samsung could work more closely with the Android team—perhaps push for tighter harmony between OS and device—Samsung certainly has the leverage. Unfortunately, it would rather cram in megapixels than shave off milliseconds.

Samsung and Google are like a dysfunctional couple. They fell hard for each other in 2009, moved in together (some say too quickly), then quarreled for the next four years. On multiple occasions, Samsung has threatened to move out, only to quietly apologize the next day, citing pressure from work. Lately, Google has demanded more attention from its on-again, off-again lover, insisting that Samsung treats it in public the same way it’s treated in private. Just last month, it got so bad, they had to sign a legal document over shared property.

Samsung may want to succeed on its own, but the general public loves Samsung-and-Google, the couple. People want a slick device with seamless integration of Google services. Apple users love to complain about iCloud, Apple Maps, and jumbled mail services on iPhone, so why can’t Samsung promote its baby-cheek-smooth integration of Google services? Sure, reliable contact- and calendar-syncing doesn’t sound as sexy as “Snapdragon 800 processor,” but it’s exactly what jaded iOS users are looking for.

Samsung shouldn’t hide Android’s simplest, most elegant advantages. It should go back to the basics, and remind us why it fell in love with Google in the first place.

Browse expert reviews for the S3 and S4, and you’ll find the Galaxy line’s “cheap, plasticky design” mentioned every time. For a company that admits it’s better at hardware than software, it’s ironic that it can’t seem to nail the physical feel of the device.

There’s some hope here. Rumor has it Samsung will improve the quality of the Galaxy’s plastic shell, or even offer a premium metal version alongside its base model. Still, I expect the improvements to be more reactionary than revolutionary. Reviewers will tick the “improved quality” box, but the Galaxy S5’s exterior architecture probably won’t win any headlines. The iPhone and HTC One not only feel premium, they make stylistic statements—the sort of innovative construction that earns new customers.

As a leading smartphone manufacturer, Samsung should release a handset as beautiful as it is technically advanced. I’d love to be proven wrong, but for the S5? I don’t see it.

Samsung’s always gone big with power: Rumors point to a massive 3,200 mAh battery and possibly, new “rapid charging” technology. No doubt, Samsung will boast record-breaking talk time and days upon days of standby time, based on “stringent tests” in the lab (read: Wi-Fi off, airplane mode, display dimmed). The problem is that these numbers rarely translate to real-world use. The average consumer jacks up the brightness, watches HD Sochi videos over LTE, and wouldn’t know how to find a power saving settings screen if his Candy Crush Saga high score depended on it.

If the S5 manages to hold a charge about as long as its competitors, that will be an achievement, given that the screen must power 3,686,400 separate pixels (approximately five times as many as on an iPhone). But consumers won’t know that. When grandma is nursing 3% battery life at four in the afternoon, she won’t care how technically impressive Samsung’s display technology is—she’ll wish she had a few more hours of juice.

The 560 PPI headline will likely net Samsung a few more sales from enthusiasts, but at the cost of thousands more everyday users who don’t want to bother charging the device every night.

Samsung has the potential to make the best all-around smartphone on the market, but its priorities still aren’t in the right place. Oh well: at least we’ll get those pastries.

This article was written for TIME by Ben Taylor of FindTheBest. Check out Taylor’s past columns here. 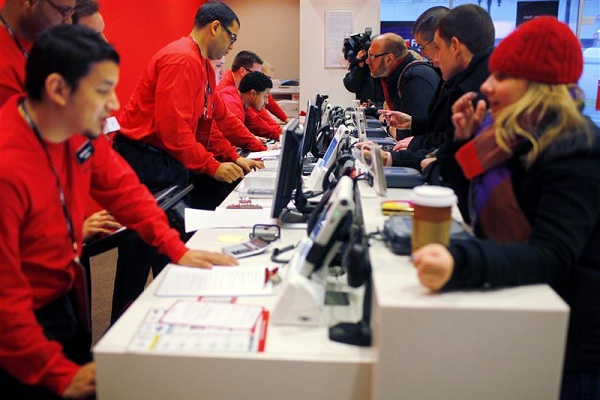 Which Wireless Plan Is Cheapest?
Next Up: Editor's Pick