Google Is Making a Major Play to Provide Your Internet

The announcement comes after months of speculation about the location of Google’s next gigabit service foray. Over the last 18 months, Google, which for years denied that it was interested in becoming a broadband provider, announced Fiber initiatives in Kansas City, Austin, and Provo. What started out as a public shaming exercise has apparently turned into a real business, giving Google the confidence to announce an expansion plan.

“We’ve long believed that the Internet’s next chapter will be built on gigabit speeds, so it’s fantastic to see this momentum,” the tech giant said in a blog post. “And now that we’ve learned a lot from our Google Fiber projects in Kansas City, Austin and Provo, we want to help build more ultra-fast networks. So we’ve invited cities in nine metro areas around the U.S. — 34 cities altogether — to work with us to explore what it would take to bring them Google Fiber.”

(MORE: Here’s Why Your Netflix Is Slowing Down)

In 2012, Google introduced its gigabit broadband service to the Kansas City metropolitan area, where 1-gigabit service costs $70 per month. For $120 per month, consumers get Google’s TV service in addition to gigabit speeds. The company also offers seven years of free Internet service at current (5 Mbps) speeds, after a $300 installation fee, or $25 per month.

Google says its fiber-to-the-home product provides customers with broadband-Internet speeds of 1 gigabit per second — roughly 100 times faster than the average U.S. connection — as well as crystal-clear television service. “We aim to provide updates by the end of the year about which cities will be getting Google Fiber,” the company said. “Between now and then, we’ll work closely with each city’s leaders on a joint planning process that will not only map out a Google Fiber network in detail, but also assess what unique local challenges we might face.”

It’s important to stress that Google hasn’t announced that it will actually deploy its gigbit fiber service to the new cities. Rather, the company says it’s going to “work on a detailed study of local factors that could affect construction, like topography (e.g., hills, flood zones), housing density and the condition of local infrastructure.” Sadly for East Coasters, New York, Boston, and Washington did not make the list.

When Google Fiber was announced, many observers believed the company’s goal would be to shame the incumbent telecom and cable giants into improving their offerings, by demonstrating that vastly faster service is possible in the U.S. But Google appears to be serious about turning Fiber into a real business. Improving U.S. broadband speed and penetration is important for Google, because the more people who use broadband Internet, at faster speeds, the more Google searches get executed, which translates into more revenue for the company. 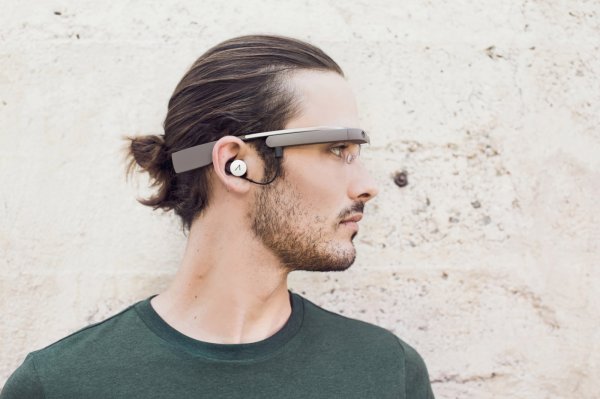 Kindly Reminder from Google: Don't Be a Glasshole
Next Up: Editor's Pick