Selling Schadenfreude: Inside the World of ‘Prankvertising’

A demon-possessed baby ran rampant in the streets of New York in January, lunging at passerby, spewing projectile vomit and even flipping off the police. It wasn’t a sign of the end times, though. It was a marketing stunt to promote Devil’s Due, a new horror movie.

The baby, an animatronic demon-spawn created by the viral video agency Thinkmodo, terrorized about 100 New Yorkers from Harlem to the Lower East Side in a remote-controlled Bugaboo stroller as the production crew filmed people’s reactions from afar. Footage of the most terrified victims—and one hilariously stoic sanitation worker—were spliced together into a two-minute commercial and uploaded to YouTube. Of course, watching random strangers squeal with horror struck a chord online. The video now has more than 40 million views. “Life can get pretty normal sometimes,” says James Percelay who co-founded Thinkmodo with Michael Krivicka in 2011. “To see something that happens in real life that’s totally out of the norm, I think people gravitate to.”

In the age of viral content, advertisers are going to increasingly dramatic lengths to make sure their commercials get views, likes and shares. ‘Prankvertising,” ads that (purportedly) subject unsuspecting folks to wild practical jokes, are the most recent fad that marketers have ridden to viral success. The format is hardly original—Candid Camera brought pranks to television in 1948, and Punk’d popularized them for a new generation. But these stunts have found new life as a marketing mechanism online, where the low-budget feel of a prank ad can seem more authentic than a glossy television commercial.

“We like to see each other’s lives and foibles and accidents,” says Edward Boches, a professor of advertising at Boston University. “It sort of feels more real world and something that might…approximate in a way our own lives and our own experiences.”

The devil baby is hardly the first prankvertisement to go viral. A previous Thinkmodo video revolving around a woman with telekinetic powers frightening customers in a coffee shop has more than 50 million views (it was for another horror movie, the remake of Carrie). Pepsi struck viral gold last spring with a video in which an incognito Jeff Gordon goes to a car dealership and takes a salesman on a wild test drive. McDonald’s just released a prank ad in Europe in which Big Macs are used to distract people from events happening right in front of them. Electronics maker LG is one of the more prolific pranksters. In one of their most popular ads, people are guided onto an elevator and tricked into believing the floor has collapsed.

Though these pranks allow viewers to delight in others’ misfortune, they can present a variety of concerns for brands. Tricking people into thinking an evil baby is going to attack them or they’re about to hurtle down an elevator shaft could prompt a very extreme reaction from some, leading to bodily harm. Thinkmodo screens its victims before filming them and prepares them to see something “cool,” while trying not to ruin the surprise. LG also takes precautions. “We recruited young, healthy participants who were more likely to have healthy hearts,” Waldi Weisz Blanchetta, an online marketing executive at LG Benelux, said in an email about the company’s elevator prank. “Seriously, we took every necessary precaution beforehand to create a scenario that was more a ‘surprise’ thank a ‘shock’ to the system.”

Brands also have to work to make a prank feel authentic when it’s sometimes entirely fabricated. In the most outlandish of LG’s prank ads, people doing job interviews think they are seeing meteors crashing to Earth through the boss’s window (in fact, the “window” is a giant LG television). The job candidates’ terror in the video feels real, but LG said they were all actors. “All variables of production, including characters and their reactions are planned and controlled,” Eduardo Troncoso, the home entertainment marketing manager of LG Chile, said in an email. “But really the point is not what happens when you shoot the video, what matters is the reaction of the viewers. It’s the same as with a movie!”

Marketers have no shame about staging fake pranks—in fact, they sometimes welcome the controversy that accompanies ads thought to be hoaxes. Pepsi’s Jeff Gordon ad was presented as a legitimate practical joke by the company when it aired, but Jalopnik quickly debunked the video, claiming that Gordon didn’t drive the vehicle and the hapless salesman in the commercial was an actor. Pepsi’s didn’t respond to multiple emails seeking comment for this article.

“There’s going to be people who do care, and who do speculate and that do fuel that conversation,” says Chris Bruss, the president of Gifted Youth, the production company behind the Jeff Gordon spot (he also declined to comment on the ad’s validity). “That probably only is to the benefit of the commercial, the content and the advertiser. When people are talking about it, they’re writing articles about it, they’re posting to social media about it.”

Most recently, brands have taken deceptiveness a step further by launching pranks on their own fans and customers. Jimmy Kimmel helped kick the trend off when he staged a fake video of a girl twerking that was picked up by dozens of media outlets in September. JCPenney sent out a series of fake drunk tweets during the Super Bowl that earned the company lots of free mockery, then revealed that the tweets were a sober ploy to promote some of their mittens. Just this week Groupon was derided for calling Alexander Hamilton one of the United States’ “greatest presidents,” then revealed they’d purposefully mixed up their American history for free publicity.

Whether any of these stunts are actually convincing people to buy more of any products is difficult to quantify. Percelay says the devil baby video generated about $12 million in earned media through coverage in the news, but Devil’s Due, the movie it was made to promote, was critically panned and grossed just $15 million at the box office.

But of course, branded advertising has never simply been about directly converting sales. Boches says the ad one-upsmanship will continue if only because brands and agencies want to prove they’re hip to the current trends. “It’s an inexpensive way to do something that could generate both attention, visibility online and also some press coverage.,” Boches says. “As long as consumers laugh about them and pass them on and share them on Facebook, they’ll continue.” 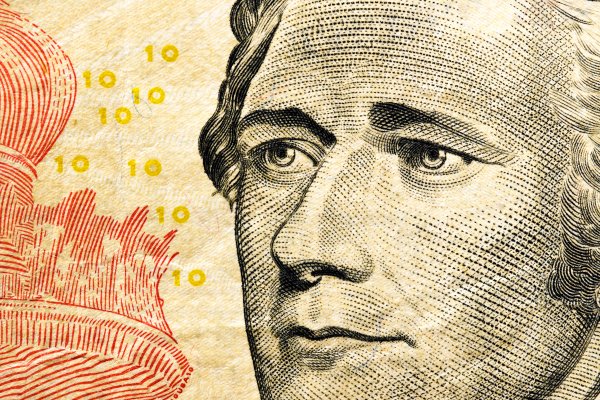