Move Over Iran! It's North Korea Americans Now Hate Most

North Korean leader Kim Jong-un waves to the people during a parade to commemorate the 60th anniversary of the signing of a truce in the 1950-1953 Korean War, at Kim Il-sung Square in Pyongyang July 27, 2013.
Jason Lee—Reuters
By David Stout

The Islamic Republic of Iran is no longer the most despised country in the eyes of Americans, with bellicose North Korea taking over the top spot, according to a new Gallup poll. Just 11% of Americans hold a “favorable view” of the East Asian communist state, which is lower than any of the other 22 countries mentioned in the survey. South Korea, by contrast, was viewed positively by 64% of the Americans polled.

A recent slight thawing in relations with Tehran has seen American attitudes improve ever so slightly, from 9% approval last year to 12% currently.

For Kim Jong Un’s regime, however, there seems little hope — the latest poll was conducted before this week’s damning U.N. report that catalogued “crimes against humanity” in the Hermit Kingdom, and so the true approval rating today is probably even lower still. 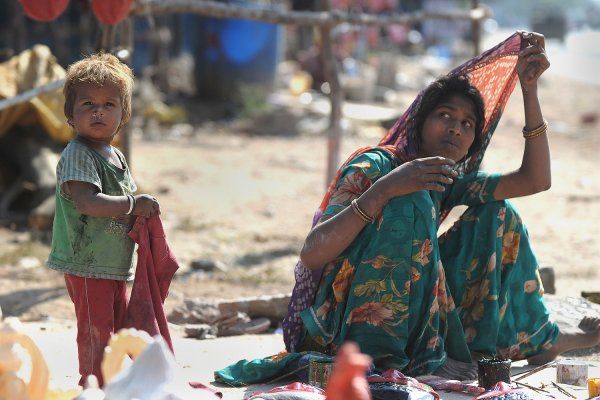 McKinsey: 56% of Indians Unable to Afford A Decent Life
Next Up: Editor's Pick