How Qualcomm Is Tackling the Smartwatch Battery Bottleneck

For Qualcomm’s Toq smartwatch, everything traces back to the battery.

The experimental smartwatch’s color Mirasol display can last for days on a charge, unlike any other full-color watch. The battery lives inside the wristband, allowing the watch itself to be smaller. And when the battery runs dry, a wireless charging station keeps users from fumbling with cables or messing with dock connectors.

Battery life is also the reason Toq’s new voice commands are limited in scope. Qualcomm just added Nuance-powered voice dictation to its smartwatch this week, but users might not even notice unless they know where to go. You can use voice to record a text message, but you can’t use it to write emails, launch apps or set reminders. And unlike Nuance’s Android app, you can’t initiate a voice command just by uttering a special phrase. Doing so would have caused a significant hit to battery life.

Toq exists, in part, to tackle these kinds of battery issues in wearable technology. Qualcomm’s goal isn’t to sell a lot of watches, but to figure out how people use wearables so the company can build better chips, and expand on its vast mobile processor business. Although Toq is available to anyone who will pay $250 for it, it’s more of an experiment than a mass market product. It’s also a showcase, aimed at getting Qualcomm’s processors, Mirasol display and other technologies into wearables from major gadget vendors.

In the case of voice controls, Qualcomm wants to figure out subtle ways to conserve power while users are speaking to their watches. Ultimately, the information Qualcomm collects may help the company design a family of chips that are better-suited for wearable technology.

Nuance, whose speech recognition software powers Toq’s voice controls, benefits from the arrangement as well. Matt Revis, Nuance Vice President of Mobile Product Management, said the company will use Toq to learn how people use voice on smartwatches, and pitch its own voice services as a feature for other device makers.

“We’re trying to learn about what makes a great wearable platform for voice, in particular how voice can integrate into the overall experience, and the more of these types of integrations we can do, the more we’ll learn,” Revis said.

It’s unclear how many test subjects Qualcomm has. Last September, Chandhok told my colleague Harry McCracken that Qualcomm would be happy to sell tens of thousands of units, but he wouldn’t reveal any sales figures to me.

“I think like any company, we’d hoped to sell more, but we’re doing well with it, we’ve learned a lot, and it’s translating into relationships with customers and partners that really match what the business strategy was,” Chandhok said.

3 Things Smartwatches Need to Be Ready for Prime Time

Chandhok also wouldn’t get into details on any potential arrangements with device makers, but said the company is working with partners. This is just a guess on my part, but with Qualcomm confirmed as a partner for Google’s Android Wear platform, and with device makers promising always-on, color displays, I have a feeling Toq’s technology will turn up in other smartwaches soon enough. 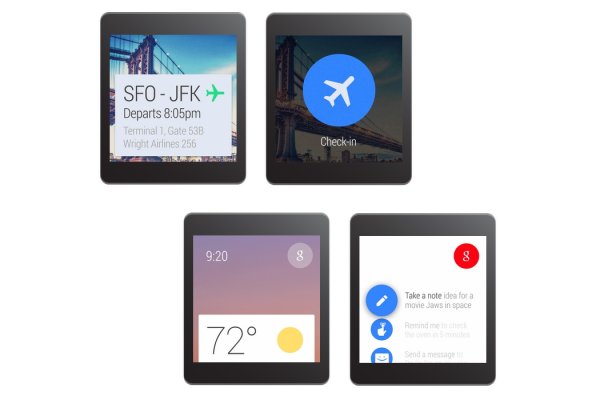