Two American security officers, hired to deter pirates from the Maersk Alabama container ship, have been found dead onboard the vessel, the Seychelles police said Wednesday.

The two former Navy SEALs were discovered Tuesday as the ship moored at the island nation’s capital Port Victoria. A senior director at Maersk said their deaths were not related to the vessel’s operations or their duties as security personnel.

In 2009, Somali pirates attempted to hijack the Maersk Alabama in an incident that inspired the movie Captain Phillips. Later, the ship was equipped with armed personnel, who foiled two subsequent attacks in 2009 and 2011. 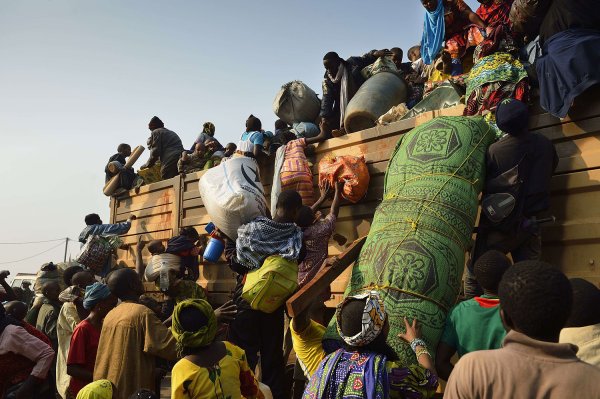 The Muslims of the Central African Republic Face a Deadly Purge
Next Up: Editor's Pick