Spike Lee and She's Gotta Have It Make TV Moves

Last night, Deadline broke the news that Spike Lee and Showtime are working to develop the filmmaker’s debut She’s Gotta Have It into a half-hour series that would be written and directed by Lee. The project, as described by Deadline, would be a “contemporary look” at the characters introduced in the film — a young woman in Brooklyn and the three men with whom she’s involved — that would explore issues of “race, gender, sexuality, relationships, and the gentrification in Brooklyn.”

Should the series make it to TV, it will join a wave of movie-to-television projects that have surfaced in recent seasons. Though the concept of basing a TV show on a preexisting movie is nothing new — take M*A*S*H, for example — this spring’s Fargo series on FX is an obvious point of comparison. It has respected auteurs who are involved in the TV version (the Coens are executive producers on Fargo), a respected movie inspiration and a substantial gap of years between projects (unlike, for example, Agents of S.H.I.E.L.D). That bodes well for She’s Gotta Have It: the Fargo project has been well-received by critics, and its relationship to its source material could provide a working model for Lee and Showtime. Without remaking or rehashing a movie that many fans hold sacrosanct, it uses references, concepts and settings that have already proved their worth on the big screen.

Off the screen, She’s Gotta Have It has something even Fargo doesn’t. Though the Coens haven’t made a habit of getting involved in Midwestern politics in the years since they set a movie in the region, Lee is inextricably linked to his Brooklyn setting, and we already know that he’s got lots of ideas about the gentrification of the New York City borough that he plans to explore on the series. Earlier this year, he made waves with two separate anti-gentrification “rants,” once at a Pratt Institute lecture about how an influx of white New Yorkers have been “bogarting” his old neighborhoods and later in an open letter responding to criticism of his initial statements.

But Lee and Showtime better move fast if they want to stay “contemporary”: we’re already hearing that Queens is the gentrification spot of the moment. 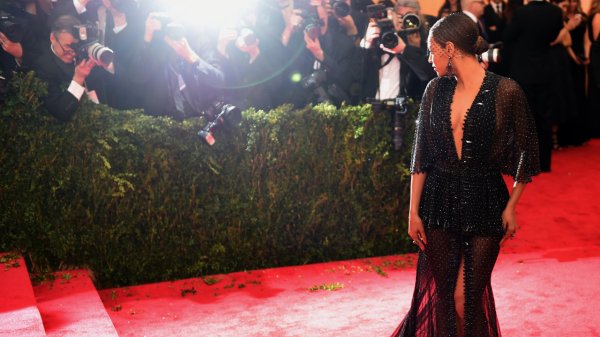 VIDEO: The Met Gala Red Carpet in 1 Minute
Next Up: Editor's Pick