Welcome back to Dancing with the Stars, now with 100% more Dance Moms — because those shows with “dance” in the title have to stick together (except you So You Think You Can Dance, no one at ABC is talking to you). Plus, if there’s anyone on this planet who can make Judge Len Goodman look like a super cuddly marshmallow, it is Dance Moms‘ Abby Lee Miller.

Going into this week’s competition, Olympic gold medalist Meryl Davis and her partner Maks Chmerkovskiy are once again at the top of the leaderboard, while Big Time Rush star James Maslow is a big time loser. (Just kidding, he is probably Scrooge MacDuck-ing through money and women and hair gel and Twitter followers right now). As the show winds down (yes, so soon) the competition is heating up, the costumes are getting smaller and the hair is getting higher.

Important Update: Mark Ballas is now a singer (in much the same way that Julianne Hough is now an actor). To prove his singing skills, Mark opened the show by sacrificing his debut single upon the DWTS altar, reigning down high notes upon the ballroom. From our ears to the pop charts.

Safety First: Olympic ice dancer Charlie White and his partner Sharna Burgess are safe, and to punish them for that feat, they are required to dance first.

Charlie White and Sharna Burgess: Since Dance Moms provides this week’s guest judge, Charlie’s ice dance mom stopped by during rehearsal to give him a pep talk before his quick step. At the end of the routine, Len claimed he was “still working out whether it was special or not,” but Bruno said Charlie “was out of the starting blocks like a thoroughbred.” (Someone watched the Kentucky Derby). After nitpicking at him nonstop, the judges served up a perfect score. 40/40.

Danica McKellar and Val Chmerkovskiy: Just in case you momentarily forgot that ABC exists solely to help promote Disney movies, Danica and Val set their sultry (well, whatever the Disney version of sultry is) tango to the version of “Everybody Wants To Rule the World” used in the soon-to-be released film Malificent (in theaters May 30th!) The judges loved the artistry and Len declared she was “on it like a bonnet,” which is probably a quote from a Disney film. 38/40

Meryl Davis and Maksim Chmerkovskiy: In rehearsal, Maks stoked the fires of his probably fake relationship with Meryl, because apparently fake relationships are good vote-getters. (You’re not voting for Maks to get over his commitment issues, folks!). To tease any ‘shippers out there, Maks choreographed a rumba about a dysfunctional relationship that opened with a fight at a dinner table and ended with Meryl slapping him. Unfortunately, the judges didn’t think it had enough rumba elements in the routine. Guest judge Abby went heavy on the constructive criticism and got booed for it. Then she doled out the lowest score of the round, which might be a first for a guest judge. 36/40.

Most Crush-Crushing Moment: Abby was blatantly flirting with Maks, but when she doled out her critiques and a lowly 8 for the routine, Maks brazenly announced, “I don’t care about anything she says.” Abby will be right back — she has a shrine to take down.

Candace Cameron Bure and Mark Ballas: Candace’s rehearsal footage focused on the fact that she is a good Christian mom who relies on her kids and her faith to get her through round after round of voting at the hands (and tweets and mouse clicks) of heathens. Their foxtrot is a fluffy romp that the judges determine is scientifically as good as Meryl’s, which is a suspect finding. Their scientific method is overshadowed by a clunker of a joke that Abby delivered to yet another round of boos. 36/40.

James Maslow and Peta Murgatroyd: If you’ve ever fantasized about James and Peta twirling under a fall of flower petals while a woman sings, “Marry me!” like the ultimate Hallmark Channel-produced feminine hygiene product commercial, tonight was your night. Their Viennese Waltz won accolades from the judges, especially Abby, who gave James a 10, because she needed a new target for her affections, since she torched her Maks shrine during the commercial break. 36/40

Amy Purdy and Derek Hough: Last week, after her performance, Amy got a doozy of a back spasm that sent her to the hospital, but if you think a back spasm is going to stop a woman who does not have feet from finishing a dance competition, you haven’t been paying attention. Derek choreographed a stellar and stunning Argentine tango that had Amy sitting on a stool for a good chunk of the routine. Admittedly, sitting on a stool isn’t your usual dance skill (nor does it seem especially fair to the other competitors), but it worked well in the routine and the result was breathtaking to watch. The judges were floored. 40/40.

Best Teachable Moment: Abby’s dance students are in the audience, of course, and after watching Amy dance, Abby takes a moment to tell them that she never ever wants to hear another excuse out of their mouths again.

Celebrity Dance Duel #1 The Brothers Chmerkovskiy and their celebrity partners were facing off in a dance duel. Naturally, their grandmother came to cheer them on as they performed a samba to J. Lo’s “I Luh Ya Papi” (yes, spell check, that is actually how that is spelled) in matching white jeans with open white shirts. While those of us with a pulse were distracted by the Chmerkovskiy brothers’ bare chests, the judges saw several slip-ups in the routine. 34/40, which will be added to the dancers’ individual scores.

Celebrity Dance Duel #2: Candace and Mark and Charlie and Sharna performed a contemporary routine that involved dramatic lighting, wispy clothing and many, many lifts. (Sorry Carrie Ann, Lift Cop has no power here!) Abby gave Candace the ultimate compliment: “You look like an Abby Lee Miller dance company member!” Bruno thought the team acted like a unit, Len thought it was flawless, save for one little slip where Charlie bobbled Sharna (which sounds dirtier than it was). 38/40

Celebrity Dance Duel #3: Amy and Derek and James and Peta performed a group jive that really impressed the judges. James and Amy did an impressive job learning to work with each other and the routine came across less like a duel and more like a duet. 39/40.

The Elimination: The three contestants in jeopardy are Candace, Danica and James. Tom Bergeron announces that Candace is not going home, meaning that either James or Danica — two far superior dancers — was getting sent home. So was it Danica, The Wonder Years star with the high scores, or James with the powerful tween fanbase?

Who Goes Home: It’s Danica, which as we head into the finals, is a good reminder that DWTS is many things, but it is rarely a talent competition.

Best Reason To Come Back Next Week: It’s the semi-finals! Really!

MORE: RECAP: Game of Thrones Watch: Burning Down the House 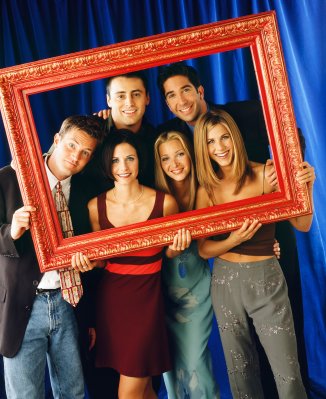 10 Ways Friends Gave You Unrealistic Expectations for Your Twenties
Next Up: Editor's Pick