At age 8, Eli Erlick wanted to be treated as a girl. But teachers denied the child’s request to join the girls’ gymnastic team or play on the girl’s side in the “Battle of the Sexes” academic competition. “That’s impossible, Eli,” they said. “You’re a boy.” Still, Eli persisted in wearing lip gloss and skirts, and spent the rest of elementary school eating lunch alone to escape the daily harassment of classmates.

By 13, Eli’s parents allowed their child to begin the transition from male to female, which meant adopting a feminine appearance, changing school records, and starting hormone treatment a few years later. That’s also when she learned about the concept of transgender, an umbrella term used to describe people whose gender identity differs from the sex they were assigned at birth. “It was such a relief. I found a word to finally describe who I was,” says Erlick, 18, a freshman at Pitzer College in Claremont, California, who founded the national advocacy organization Trans Student Equality Resources.

She also found joy in Facebook’s announcement last week that the social media giant has added 58 new options to the binary “male” and “female” choices in the user profile gender question. They include everything from androgynous to gender questioning to pangender. Erlick checked three boxes she felt represented her: Trans Woman, Trans Person, and Trans Feminine (because that’s how she presents herself to the world). “Being able to identify as a trans woman is so powerful,” she said. “I want to be among people like me.”

Mental health professionals who serve the transgender community overwhelmingly praise the decision for giving a voice to the more than 700,000 transgender people living in the U.S. who have long felt invisible. In 2012, the term “gender identity disorder” was stricken from the The Diagnostic and Statistical Manual of Mental Disorders (DSM-V) in 2012, though gender dysphoria is recognized and describes those who experience emotional distress over “a marked incongruence between one’s experienced/expressed gender and assigned gender,” which can lead to depression, post-traumatic stress, suicide, and other mental health disorders.

But “for people who are clear about who they are and want to be visible and have people mirror their identity back to them, this is a tremendous movement forward,” says Diane Ehrensaft, PhD, a clinical psychologist and director of the Mental Health Child and Adolescent Gender Center in Oakland, California.

But what if you’re 15 and not sure who you are? The sheer number of choices can be overwhelming, cautions Ehrensaft. The pressure to choose a public identity can actually be harmful for people who haven’t yet decided on a private one.

Many transgender people like Erlick knew who they were from a young age, but others need years – even decades – before they’re ready to check a box (or several). While the “coming out” experience is widely varied, there is a common sequence. “There’s a coming to consciousness that there’s something going on inside me that doesn’t match how the world sees me. One child told me ‘I shouldn’t have a penis. I’m a girl,’” says Ehrensaft. Then there’s a period of exploration. “You try a lot of things on for size. The expansive Facebook categories give you lots of choices. You’re swimming around in them. You might just grab a pole. You can always change it,” she says. (The last two stages involve disclosing your identity and then resolving to live in your gender.)

But jumping around from “gender nonconforming” to “gender fluid” to “transsexual” may be harder in a forum like Facebook after making a public statement, especially to an audience of family and friends who don’t understand their nuances, she says. (Parents of some of Ehrensaft’s clients learned about their children’s gender identity this way.) Also, even though the act of declaring who you are to the Internet can feel liberating, it’s also anxiety-producing. “Every time they make themselves public, they open themselves up for possible pushback from hostile people,” she says.

Yet there is an upside to so many choices. For those people who are wrestling with their identity, the existence of something other than the generic “transgender” is educational, adds Ruben Hopwood, PhD, trans health program coordinator at Fenway Health in Boston. “I see people who tell me ‘I don’t like my gender.’ Now this will push them to think more thoroughly about what they’re feeling,” he says.

Even if you refuse to check any gender box (just like you don’t have to advertise your relationship status or political views), seeing that long list can make you feel less isolated. “People going through this often think they’re the only ones like this in the world,” Hopwood says. “This is a message that you’re not alone.”

A previous version of this story stated that Eli learned about the concept of transgender at age 16. It has been corrected.

Sarah Elizabeth Richards is the author of Motherhood, Rescheduled: The New Frontier of Egg Freezing and the Women Who Tried It. 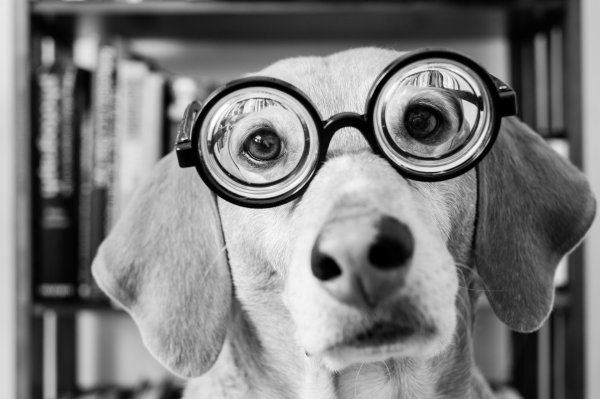 The Dog Will See You Now
Next Up: Editor's Pick