Study: Switching Schools May Give Your Kids Psychotic Symptoms

Changing schools can be a wrenching social and emotional experience for students, say researchers from Warwick Medical School in the U.K. And the legacy of that struggle may be psychosis-like symptoms of hallucinations and delusions.

Dr. Swaran Singh, a psychiatrist and head of the mental health division at Warwick, became curious about the connection between school moves and mental health issues after a study from Denmark found that children moving from rural to urban settings showed increased signs of psychoses. The authors also noted that the students had to deal with not just a change in their home environment, but in their social network of friends at school as well.

Singh was intrigued by whether school changes, and the social isolation that comes with it, might be an independent factor in contributing to the psychosis-like symptoms.

MORE: Homeland and Bipolar Disorder: How TV Characters Are Changing the Way We View Mental Illness

Working with a database of nearly 14,000 children born between 1991 and 1992 and followed until they were 13 years old, Singh and his colleagues investigated which factors seemed to have the strongest effect on mental health. The children’s mothers answered questions about how many times the students had moved schools by age nine, and the children responded to queries about their experiences either bullying others or being victims of bullying. The survey even included a look at the children’s in utero environments, and their circumstances from birth to age 2, by asking the mothers about where they lived (in urban or village areas, for example), and about financial difficulties or other family social issues.

Based on their analysis, says Singh, switching schools three or more times in early childhood seemed to be linked to an up to two-fold greater risk of developing psychosis-like symptoms such as hallucinations and interrupting thoughts. “Even when we controlled for all things that school moves lead to, there was something left behind that that was independently affecting children’s mental health,” he says.

MORE: Do Psychotic Delusions Have Meaning?

Factors such as a difficult home environment – whether caused by financial or social tension, or both – living in an urban environment, and bullying contributed to the mental health issues, but switching schools contributed independently to the psychosis-like symptoms.

Singh suspects that repeatedly being an outsider by having to re-integrate into new schools may lead to feelings of exclusion and low self-esteem. That may change a developing child’s sense of self and prime him to always feel like an outlier and never an integrated part of a social network; such repeated experiences of exclusion are known to contribute to paranoia and psychotic symptoms.

Bullying created a secondary way in which repeated school moves could lead to mental health issues — bullying is known to be associated with psychotic symptoms, and mobile students are more vulnerable to bullying,

The negative emotional experiences students go through in trying to adjust to new schools can have physiological consequences as well. “Repeated experiences of being defeated in social situations leads to changes in the brain and in the dopaminergic system,” says Singh. That makes the brain more sensitive to stress, and stress, with its surges of cortisol, can lead to unhealthy neural responses that can contribute to mental health problems. “Something about chronic marginalization, and chronic exclusion, is neurophysiologically damaging,” he says.

Singh and his team plan to continue to follow the students for several more years, to determine how frequently the psychosis-like symptoms manifest into true psychotic disorders like schizophrenia. So far, the findings don’t suggest that kids who move schools three or more times are priming themselves for future mental health problems – what the data suggest instead is that children who are more mobile early in development may need more attention and help to settle into their new environments and make strong social connections. “If we start thinking of mobile students as a potentially vulnerable group, then we can shift how we view school moves,” he says. Psychiatrists and psychologists, for example, often ask young children about their family and friends, but rarely inquire about how often they have moved schools. In his continuing investigation, Singh also hopes to dissect the reasons why students moved, to see if that can be another factor explaining the intriguing connection – if children move frequently because they are bullying others or being bullied, for example, that may suggest that the association to psychosis-like symptoms may have more to do with the students’ pre-existing behavioral state than the experience of uprooting themselves so frequently. 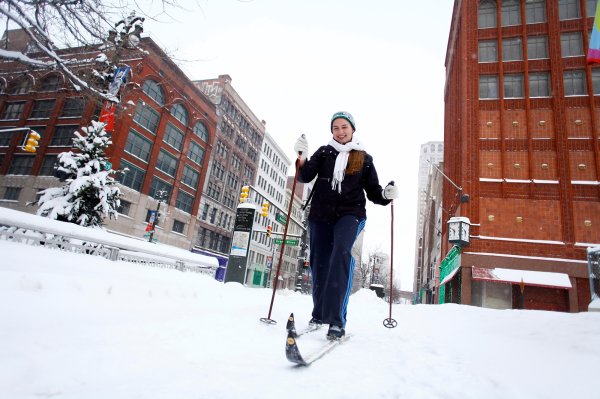 How To Avoid Cabin Fever During This Endless Winter
Next Up: Editor's Pick