For all the strides same-sex marriage advocates have made in recent years, a deep-red state with nothing on the ballot about the issue this year seems at first glance like an odd target for activists to set in their sights. But that’s exactly what they’re doing in Oklahoma.

A pro-gay-marriage group deployed a statewide advertising campaign in Oklahoma on Monday. Evan Wolfson, founder and president of Freedom to Marry, a group helping to fund the campaign, said the absence of urgent public debate makes this the perfect time to reignite a conversation in Oklahoma that can be very emotionally charged, on both sides.

“What we want to do is take this out of the political back and forth and just have a heart to heart conversation at a time when people have a chance to just take a deep breath and think it through,” Wolfson told TIME. “They’re being asked to open their hearts and think about real people and real values, such as the golden rule, and think about who gay people are in Oklahoma.”

The ad tells the story of the Cuyler family and their ranch near Fort Sill in rural, southwestern Oklahoma. At the ranch, decorated Vietnam veteran Ed Cuyler and his wife Robbie live with their daughter Deedra, her partner, Amber, and their three kids. Deedra and Amber were married in Massachusetts in 2011, but their marriage isn’t recognized in Oklahoma due to the state’s 2004 constitutional amendment banning recognition of same-sex marriages.

With its rural aesthetic and the appeal to family values, the ad is designed for a wide swath of the state’s population, including people outside of the urban centers of Tulsa and Oklahoma City, a demographic not generally assumed to be sympathetic to arguments in favor of same-sex marriage.

“We’d talk to legislators who would say, ‘There’s no gay people in my district,’” said Troy Stevenson of the Freedom Oklahoma coalition, which produced the ad with Freedom to Marry. “Well we know that’s not true.”

Stevenson met the Cuyler family in February during his group’s annual lobbying day at the state capital. Deedra and Amber came with their twins. Stevenson said after learning more about the family—with the kids, the ranch, and the father’s personal journey toward accepting his daughter’s family—he knew he’d found a couple for a TV spot.

The ad comes as 10th Circuit Court Appeals is expected to rule within weeks on a challenge to Oklahoma’s same-sex marriage ban, which was overturned by a federal judge in Tulsa in a landmark ruling last January. In recent months Freedom to Marry has also run similar ads in Wyoming, New Mexico, Colorado and Utah, where a legal challenge to that state’s same-sex marriage ban is also being weighed by the 10thCircuit. The ads are part of Freedom to Marry’s national effort to cultivate support throughout the country for same-sex marriage in advance of the next time the Supreme Court takes up the issue, with the hope the court will find public opinion has shifted and Americans are ready for a sweeping decision legalizing same-sex marriage nationwide.

The conventional wisdom says proponents of same-sex marriage face a steep uphill battle in Oklahoma. The Atlantic used aggregated polling data from the region in 2012 to find that 35 percent of Oklahomans support same-sex marriage, but reliable, up-to-date polling on the question doesn’t appear to exist. Freedom Oklahoma intends change that with a statewide poll after the ad run, with the goal of having data to sort through within the month.

“It’s been an uphill battle all over the country,” Stevenson said. “Here in Oklahoma there’s a perception it’s going to be much harder. In talking to Oklahomans every day. I think there’s a lot more support than people understand.” 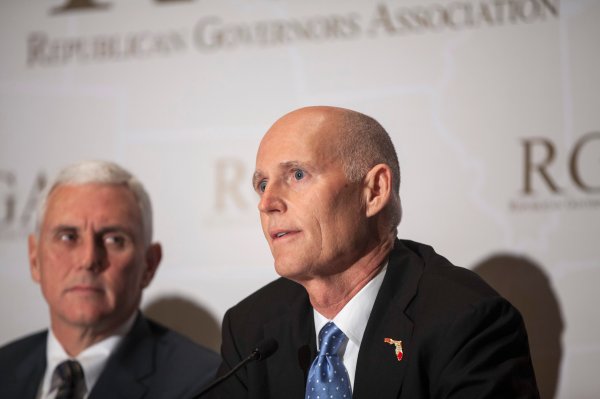