A Dallas judge has defended her decision to sentence a man who admitted raping a 14-year old to only 45 days in prison, partly because of the victim’s sexual history.

State District Judge Jeanine Howard gave Sir Young, 20, only five years of probation after he pleaded guilty to raping his younger schoolmate, the Dallas Morning News reports. She also tried to sentence him to do 250 hours of community service at a rape crisis center, but the Dallas Area Rape Crisis Center refused the services of an admitted rapist.

Howard said last week she would recuse herself from the case so she could explain her decision. She said she gave Young a light sentence because the girl had texted him to hang out, she had indicated she wanted to have sex, and Young was barely 18 at the time of the rape. She also said the girl had previously had at least three sexual partners, and had given birth to a baby.

“She wasn’t the victim she claimed to be,” she told the Morning News. “He is not your typical sex offender.”

Both the victim and Young testified that the girl had said “stop” and “no” multiple times during the 2011 assault at Booker T. Washington High School for the Performing and Visual Arts.

The victim says she feels that the justice system has failed her. “I did what I was supposed to do. I went to the law about this situation,” she told the Morning News, which does not identify rape victims. The light sentence means that “everything I went through was for nothing,” she said.

If Young complies with the terms of his five-year probation, his criminal record will be expunged. He does not have to comply with any of the sex offender restrictions, including staying away from children and attending sex offender treatment. 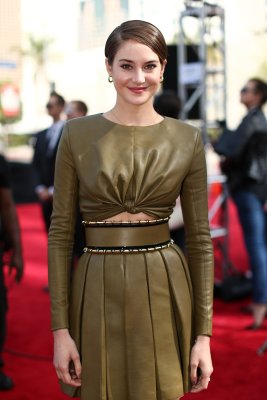 Divergent Star Not a Feminist 'Because I Love Men'
Next Up: Editor's Pick