Now that Facebook is planning to acquire WhatsApp for $19 billion, perhaps your head is swimming with questions. Among them: How can I also make billions of dollars by selling my mobile app to Facebook? As someone who writes about technology for a living and who’s definitely not a billionaire, I can’t answer that for you. But I can help with some other things you might want to know:

It’s a messaging app you can use in place of your wireless carrier’s regular texting service. You enter your phone number and WhatsApp looks through your contact list for other people who are using the app. Then you can message those users all you want without limits or overage charges. The app is available on many platforms and is free to download and has no ads, but it costs $1 per year after the first year.

How popular is it?

Right now, WhatsApp has more than 450 million active users — meaning they use the service at least once a month — compared to 1.23 billion for Facebook. Those users send 500 million pictures back and forth per day, about 150 million more than Facebook.

How much money is $19 billion in the startup world, exactly?

A lot. My colleague Harry McCracken put together a chart of big startup acquisitions, and WhatsApp is the biggest. Most deals don’t come anywhere close. Bigger companies tend to change hands for a lot more money, however. For instance, Comcast wants to buy Time Warner Cable for $45 billion.

Is Facebook going to kill WhatsApp and/or ruin it with advertisements?

That’s not the plan. Facebook says WhatsApp will act like an independent company and stay in its own Mountain View, Calif. headquarters. The product will stay ad-free, and the two companies will focus on growth for the next few years. Then, they’ll figure out how to make money in some way that doesn’t involve shoveling ads into the app. (Harvesting all that sweet, sweet user data for targeted ads on Facebook or Instagram would be the safe bet, but more on that shortly.)

Is WhatsApp going to change at all, then?

WhatApp says nothing will change. Perhaps the $1 per year charge will go away at some point, given that Facebook says it’s not a big priority to expand subscriptions.

One potential downside: WhatsApp may become less inclined to work with companies that compete with Facebook, or vice versa. See, for reference, Instagram killing Twitter integration in 2012, several months after Twitter cut off its contact lists for Instagram users. We can only speculate that Facebook’s acquisition of Instagram — or Twitter’s previous failed acquisition — had something to do with the bad blood.

So why is Facebook spending so much money for WhatsApp?

This is the fun part, because every tech pundit thinks they’ve figured out the “real” reason for the acquisition, when in reality everyone’s just making educated guesses.

If there is a “real” answer, it’s probably a combination of several theories, some of which are related. Here’s a sampling:

Oh, and Facebook’s official line is that it acquired WhatsApp to “make the world more open and connected,” which is probably as true as it is vague. Mark Zuckerberg always seems genuine in his world-changing ambitions, but there’s always the business side to keep in mind.

The overarching themes here are about attention and user data. WhatsApp has proven it can capture the former, and while Facebook says it has very little of the latter from WhatsApp, that can change, and messaging can become a rich data source for Facebook’s core advertising business. Perhaps that sounds scary, but it’s not much different from how Gmail works now.

How will we know when this starts happening? Just wait for the inevitable revision of privacy policies allowing WhatsApp and Facebook to freely share their data with one another. 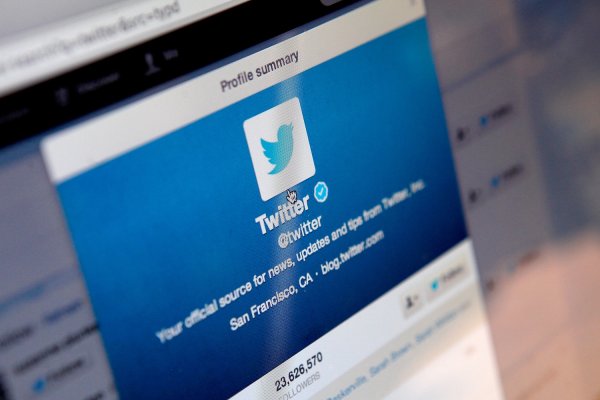 A Simple Guide to Twitter Favs
Next Up: Editor's Pick