Better Fuel Efficiency Is Hurting the Most Efficient Cars of All

Why aren’t sales higher for electric vehicles and hybrid plug-ins? A big reason has to do with the technology that EVs are supposed to replace, the internal combustion engine.

Last year, Nissan Leaf sales more than doubled the total from 2012. Sales for the entire plug-in category, which includes pure battery-powered vehicles like the Leaf and gas-electric hybrids such as the Chevy Volt, nearly doubled as well last year.

Even so, automakers have recently launched major incentives and price-cutting measures in order to win over potential buyers. And the reason they’re doing so is that sales, while on the rise, haven’t been as strong as many had hoped.

“EVs have been a disappointment, compared to what we expected,” Morgan Stanley analyst Ravi Shanker flatly said, according to Automotive News. “Their cost hasn’t come down enough. Batteries haven’t gotten better. And gas prices haven’t gone up like everyone expected. And at the same time, the automakers have done a great job of making the internal combustion engine better.”

Yes, some of the explanation for why electric vehicles aren’t selling better is directed squarely at plug-ins themselves. As skeptics have pointed out since EVs hit the marketplace, the limited driving range, high initial price, and/or slow and inconvenient charging procedure of plug-in cars are deal breakers for many drivers.

But as Shanker noted, underwhelming plug-in sales can also be partially explained by the other parts of the equation affecting consumer car-buying decisions. When gas prices are high, and the assumption is that they’ll keep on increasing, opting for an electrified car makes more and more sense as a long-term money saver. Likewise, when comparing the costs of commuting and running routine errands in a battery-powered car versus an old-fashioned gas guzzling SUV or sedan, the EV can seem like an especially savvy move for the household budget.

What’s hurting plug-in sales, however, is that gas prices aren’t sky high, and few experts today are forecasting the impending arrival of $5 per gallon like they were two years ago. The other factor is that gas guzzlers are disappearing, with new studies indicating that half of the new cars sold this year get 23 mpg or better, and new cars now averaging over 25 mpg thanks to improved efficiency in the internal combustion engine, as well as automakers (and buyers) generally embracing lighter, smaller cars.

Amazingly, car dealerships and sales staffers themselves often don’t seem sold on the wisdom of going electric. Secret shoppers from Consumer Reports just concluded a broad investigation of car dealerships and plug-ins, and during the course of visiting 85 dealerships, they found out that few dealership lots have decent selections of plug-ins, and that many sales employees aren’t knowledgeable about EV sales incentives and technology. Perhaps unsurprisingly, sales staffers who weren’t fully up to speed about plug-ins were particularly likely to try to steer customers away from EVs and toward traditional cars powered solely by internal combustion engines.

“Many seemed not to have a good understanding of electric-car tax breaks and other incentives or of charging needs and costs,” the CR report stated, referring to dealership sales staffers encountered by secret shoppers. “Many also didn’t seem to recognize that for people who intend to go with an electric car, the reasons for leasing are broader than for ordinary cars, including that you don’t have to wait until tax time to receive a generous tax incentive.” 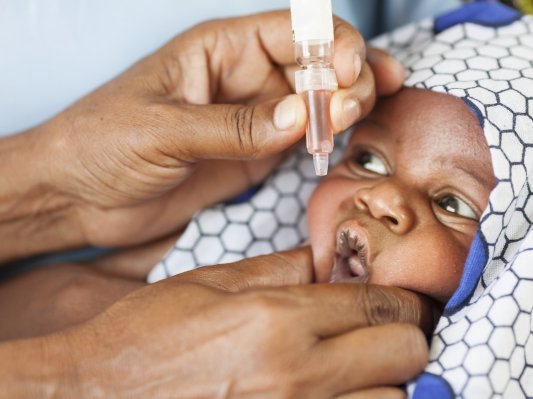 The Anti-Vaxxers Simply Won't Quit
Next Up: Editor's Pick