James Madison was the architect of the Constitution and the Bill of Rights, the founder of the first opposition party in the U.S. and a president who, at the end of two terms was widely admired. John Adams declared that Madison had covered himself with more glory than any of his predecessors—Washington, Jefferson or Adams himself. Six principles were important to his remarkable political success.

Madison’s friend Thomas Jefferson was convinced that Madison was not aggressive enough early in his career, but Madison, who had learned in his youth to value modesty, proved Jefferson wrong. By the time of the Constitutional Convention in 1787, one of Madison’s fellow delegates noted that “every person seems to acknowledge his greatness,” and his modest demeanor, by throwing his accomplishments into relief, seemed to burnish his reputation.

Madison also understood the political uses of reticence. It can be a very good thing to wait until a situation has completely unfolded before you make pronouncements. It can be very useful to float ideas anonymously so that you don’t alienate friends who might oppose them or cause foes who might actually agree to attack because your name is on the proposals.

Modesty isn’t taught at candidates’ schools, and it won’t work for politicians who have much to be modest about. But, as Ronald Reagan showed, for someone whose gifts shine on their own, it can be a most attractive trait, particularly when you consider the opposites—arrogance and conceit.

2. Work Harder Than Anyone Else

Madison typically arrived early for meetings, and the Constitution Convention was no exception. The stagecoach he booked brought him to Philadelphia on May 5, 1787, nine days before proceedings were to start. He used the time to lobby other delegates as they arrived on a plan he had devised. The Virginia Plan, as it became known, would set the agenda for the Constitutional Convention. Once the convention was underway, Madison kept detailed notes of the proceedings, creating a historical record of immeasurable worth. He was also one of the most active participants in the debate.

Long before the momentous gathering in Philadelphia, Madison had been preparing for some such occasion, studying the history of ancient and modern republics and analyzing the inadequacies of the Articles of Confederation, the governing document before the Constitution. He understood what all aspiring politicians should: that once events get underway, it is usually too late to accumulate the intellectual capital needed to shape them.

3. Don’t Let the Perfect Be the Enemy of the Possible

The Constitution signed on September 17, 1787, was not everything Madison wanted. Without provisions he thought crucial, he was not at all sure it would work. It took him several days to reconcile himself, but he finally came around. Without hiding his disappointment, he wrote to Jefferson that given “the natural diversity of human opinions on all new and complicated subjects, it is impossible to consider the degree of concord which ultimately prevailed [at the convention] as less than a miracle.” The Constitution wasn’t all he had hoped, but more than he might have expected, he concluded. He threw himself into ratifying it, writing The Federalist Papers with Alexander Hamilton (and John Jay) at breakneck speed and outdebating Patrick Henry, the most noted orator of the day, to secure Virginia’s ratification.

4. Don’t Be Afraid to Change Your Mind

Madison at first saw the threat to liberty coming from the states, where the rights of individuals were all too regularly trod upon. He advocated a strong central government to keep the states from their “perfidious” practices. But then he witnessed Treasury Secretary Alexander Hamilton at work. Hamilton ignored the fact that the Constitution created a government of limited powers and chose instead to see it as a document that allowed Congress to do whatever its members concluded best for the “general welfare.”

The most dangerous threat to liberty was not now coming from the states, but from an overweening federal government. In this changed situation, Madison changed his mind. The problem wasn’t a central government too weak, but one too strong, he decided, and he spent the 1790s founding and building the first opposition political party to defeat those of the Hamiltonian persuasion. By 1801 Jefferson, a believer in limited government, was in office, and the way was paved for the presidencies of Madison and Monroe.

Dolley Madison was not only the most glamorous woman of the day, she also knew how to entertain. Dressed in fantastic ensembles (turbans and feathers were almost always involved), she opened up the Madison house on F Street to Congressmen and Senators, who led generally miserable lives in the boarding houses of Washington City. They were, said a senator, “like bears, brutalized and stupefied . . . from hearing nothing but politics from morning to night.”

Since the nominees for president were decided by congressional caucuses, Dolley’s soirees gave Secretary of State Madison a big advantage over his primary opponent in 1808, Vice President George Clinton, who, as one representative described it, “lives snug in his lodgings and keeps aloof from . . . captivating exhibitions.”

Washington entertaining is no longer the key to becoming president, but a good husband or wife still matters, whether it’s one who raises the children or one who is fully involved in his or her own career and doesn’t pine alone while the other spouse is caught up in politics.

Madison was born in an era that demanded his philosophical and political skills, while at the same time inspiring the hard work he devoted to honing them. For a young man drawn to the subject of power and the possibilities of nation building, it is hard to imagine a more thrilling time to enter one’s prime years than when the framework of a great republic needed to be crafted.

Madison was lucky in the time and place of his birth, but not every son of Virginia became great. Madison did because he capitalized on his good fortune, working throughout his life with the devotion and perseverance that great achievement requires.

Lynne Cheney, who holds a Ph.D. from the University of Wisconsin, has been studying James Madison since 1987, when she was a member of the Commission on the Bicentennial of the U.S. Constitution. A senior fellow at the American Enterprise Institute, she lives with her husband, former vice president Dick Cheney, in Wilson, Wyoming. Adapted from JAMES MADISON by Lynne Cheney. Printed by arrangement with Viking, a member of Penguin Group (USA) LLC. Copyright © 2014 by Lynne Cheney. 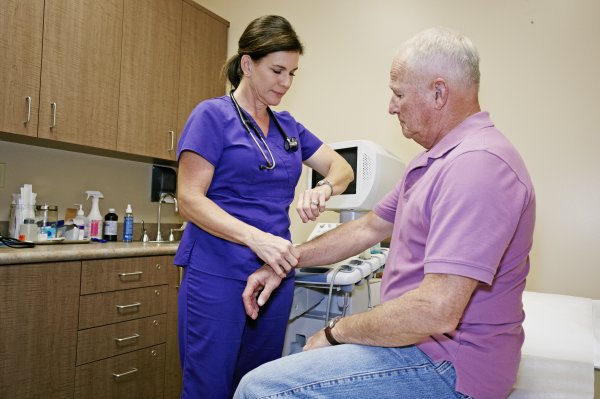 Obamacare's Killer Burden on Nurses
Next Up: Editor's Pick