Media Was a "Soul-Crushing Monster" for Gays, Says George Takei

Today, for George Takei, the pop-culture world is largely a friendly one. Case in point: at the GLAAD awards on May 3, the actor and social-media maven was presented with the Vito Russo Award, an honor for an openly LGBT “media professional who has made a significant difference in promoting equality,” named after one of GLAAD’s founders.

But, as Takei reminded the crowd, that wasn’t always the case. In his acceptance speech, he recalled the way that Hollywood used to represent gay people:

Now, he noted, the media is “a powerful force for change.”

His perception that things have changed for gay characters in pop culture is backed up by data. On TV, for example, GLAAD itself has found that in the 2012-2013 season, nearly 5% of series regular characters were lesbian, gay, bisexual or transgender, an increase of 1.5 percentage points. In the introduction to that report, GLAAD’s then-president, Herndon Graddick, noted that the increased sexual-orientation diversity on TV reflects an increased diversity in everyday life, and that viewers now expect the casts of their favorite shows to be as inclusive as the worlds they represent. And it’s not just a matter of quantity: as the New York Times has noted, the latest trend for gay characters on TV is marriage and family stability, and seeing such representations has been shown to make viewers more comfortable with similar situations in real life.

Correction: The original version of this article misstated Herndon Graddick’s role at GLAAD. He is no longer the president of the organization. 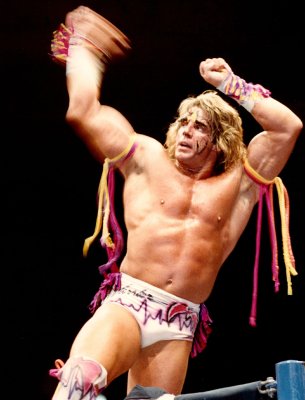 "I Came Here for One Reason — To Attack and Keep Coming": The Ultimate Warrior's Best Rants
Next Up: Editor's Pick