A leader of the extremist group Boko Haram takes responsibility in a newly disclosed video for the kidnapping of 276 Nigerian schoolgirls last month.

“I abducted your girls,” Abubakar Shekau said in the video, obtained by Agence France-Presse. “I will sell them in the market, by Allah.”

Islamist extremist group Boko Haram, whose name translates roughly to “Western education is forbidden,” has been terrorizing northern Nigeria for years, but the kidnapping was its biggest attack yet. Shekau said in the video that the abduction had caused outrage because “because we are holding people [as] slaves.”

(MORE: How We Failed the Lost Girls Kidnapped by Boko Haram)

The girls were kidnapped in mid-April, but the government had not yet mounted an aggressive response until President Goodluck Jonathan promised Sunday to find and return the girls. “Wherever these girls are, we’ll get them out,” he said in a live TV broadcast. But a protest leader said Monday that Nigeria’s First Lady had ordered her arrest and expressed doubts that the kidnapping even happened, the Associated Press reports. 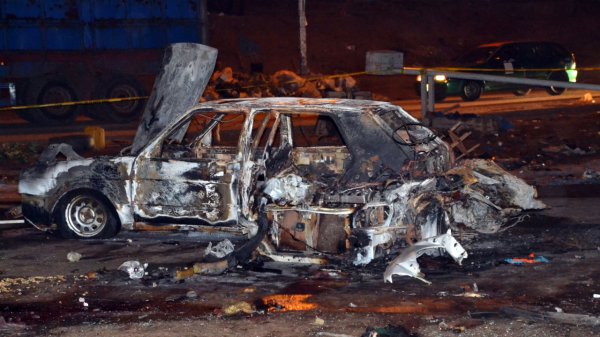 Another Deadly Blast in Nigeria as Stability Erodes
Next Up: Editor's Pick