The first openly gay bishop in the Episcopal church announced Sunday that he and his husband of over 25 years are planning to get divorced.

Bishop V. Gene Robinson, who was the head of the Episcopal Diocese of New Hampshire until his retirement last year, wrote in an op-ed on the Daily Beast that he and his husband Mark have decided to split, adding that divorce is just another thing gay couples have in common with straight couples.

“It is at least a small comfort to me, as a gay rights and marriage equality advocate, to know that like any marriage, gay and lesbian couples are subject to the same complications and hardships that afflict marriages between heterosexual couples,” Robinson wrote. “All of us sincerely intend, when we take our wedding vows, to live up to the ideal of ’til death do us part.’ But not all of us are able to see this through until death indeed parts us.”

Robinson’s 2003 election was a controversial moment in church history. Since his election, the Episcopal church has elected another gay bishop. Robinson has two daughters with a woman he was married to until 1986, when he came out as gay and separated from his wife.

Robinson said he will get through this painful time, with Jesus as his inspiration. “The thing that astounds me about Jesus, as told in this Passion story, is that he keeps putting one foot in front of the other, praying that it’s in the right direction, but not knowing for sure,” he wrote. “While I would never remotely compare myself to Jesus, I do know that I too have to move forward without knowing whether the steps I am taking are in the right or wrong direction.” 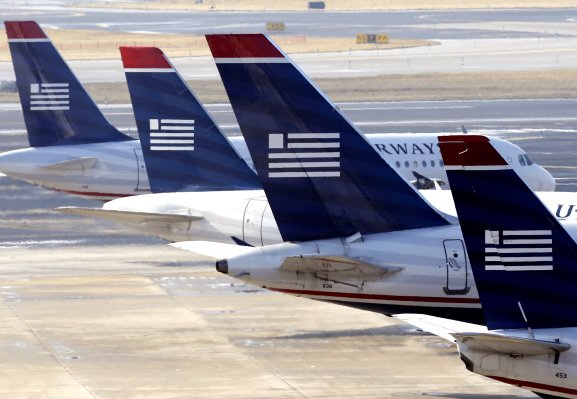 Turbulence Injures 6 and Reroutes Plane
Next Up: Editor's Pick