After weeks of silence, Nigerian President Goodluck Jonathan pledged during a nationally broadcast speech on Sunday to find an estimated 276 Nigerian girls who were kidnapped from their school by insurgent group Boko Haram in mid-April.

“Wherever these girls are, we’ll get them out,” said President Jonathan on live television Sunday.

However, he accused some of the victims’ parents of withholding information about their daughters and called for “maximum cooperation” from parents.

Jonathan’s speech comes in the wake of heavy criticism both internationally and domestically of his government’s fumbled response to the kidnapping and of the failure to quash Boko Haram’s increasingly brazen campaign of violence across the country, which has seen more than 1,500 people killed during the first four months of 2014.

Following a successful media campaign featuring the hashtag #BringBackOurGirls, thousands of people rallied across the world over the weekend demanding action from the Nigerian government.

“I think it’s so important that the Nigerian government do a lot more in finding these women,” Matilda Egere-Cooper, a demonstrator of Nigerian origin in London, told CNN during a protest on Sunday.

Last Friday the President met with his top advisers and called for the creation of a “fact-finding committee” to investigate the April 14 mass kidnapping in Chibok, Borno state. He also promised to beef up security measures in the nation following a string of bombings in Abuja last month.

“[The] government strongly believes that the people of Nigeria, standing together, will overcome the current security challenges,” said the country’s Minister of Information Labaran Maku, according to a press release published after the meeting.

“The President assures Nigerians that ‘wherever the girls are in the world, we will get them back, apprehend and punish the culprits.’”

While the U.S. has been hesitant to provide security assistance to Nigeria because of ongoing human-rights concerns in the country, Secretary of State John Kerry promised to provide support to the beleaguered administration during a speech over the weekend.

“The kidnapping of hundreds of children by Boko Haram is an unconscionable crime,” said Kerry during a press conference in Ethiopia’s Addis Ababa on Saturday.

“We will do everything possible to support the Nigerian government to return these young women to their homes and to hold the perpetrators to justice.” 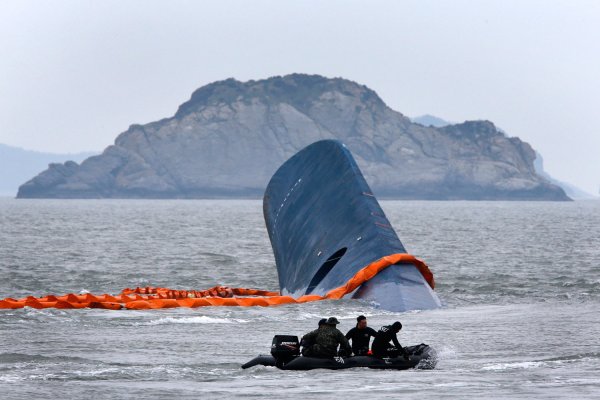