Republican party Sinn Fein leader Gerry Adams, left, next to Sinn Fein politician and Deputy First Minister of Northern Ireland Martin McGuinness, talks to the media during a press conference at a hotel in Belfast, Northern Ireland, on May 4, 2014 following his release from Antrim police station where he was detained for questioning over a 1972 murder.
Peter Muhly—AFP/Getty Images
By Nolan Feeney

Sinn Fein leader Gerry Adams was released without charges from police on Sunday after spending five days in custody.

Earlier in the day, the Associated Press, citing an anonymous police source, reported that the 65-year-old Irish republican politician would not face charges over a 1972 killing, but that police would send prosecutors a file of potential evidence against him.

Adams’ release was delayed by two hours due to angry loyalist protestors, who attempted to physically block his release until police officers, many of whom were clad in riot-proof gear, escorted Adams out of the building through an alternate exit.

Adams was arrested on Wednesday following allegations that he ordered the 1972 killing of a mother of 10 while serving as the Belfast commander in the Irish Republican Army. He has denied the accusations.

Adams’ detention period was due to expire Sunday. Police would have had to charge him or seek permission from a judge to extend his time in custody, as they did Friday.

According to the BBC, Sinn Fein politician and Northern Ireland deputy First Minister Martin McGuinness said his party may no longer be able to support the Police Service of Northern Ireland following Adams’ time in custody. 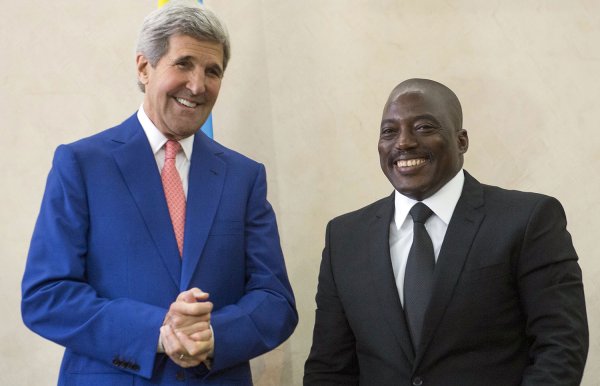 U.S. Will Give Congo $30 Million If President Steps Down
Next Up: Editor's Pick