Falling face-first into the mud during an extreme endurance event like the Tough Mudder race could solidify your status as a hardcore adventurer, but a team of unlucky participants discovered it could also send you to the hospital with a severe stomach bug.

In Oct. 2012, three active-duty military members went to an air force hospital with fever, vomiting and hemorrhagic diarrhea, according to a report from the Centers for Disease Control and Prevention released Friday. Doctors determined that all three patients had competed in a Tough Mudder race in Beatty, Nev., just a few days before, and all had either plunged their heads into some sloppy earth or been partially submerged under water.

A subsequent investigation found evidence of 22 cases, 4 confirmed and 18 probable, of Campylobacter coli, or C.Coli, which likely found its way into the muddy water by way of fecal matter from cows and pigs.

Lt. Col. Chad Claar, who lead the research, told the Washington Post he suspected there were likely more people who suffered from the outbreak but either sought private medical care or didn’t fall ill enough to seek treatment. 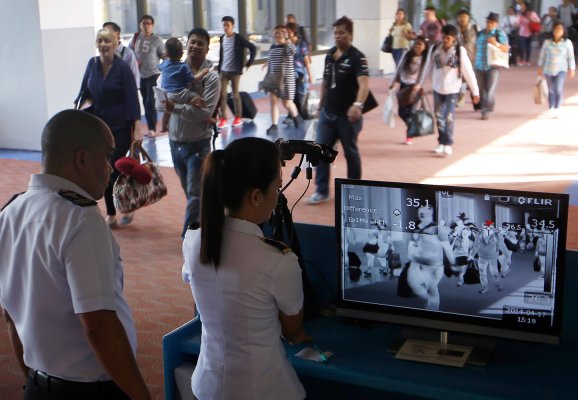 Deadly Virus MERS Arrives in U.S.
Next Up: Editor's Pick