The President of the Democratic Republic of Congo Joseph Kabila, right, welcomes US Secretary of State John Kerry at the Palais de la Nation in Kinshasa on May 4, 2014.
Saul Loeb—AFP/Getty Images
By Nolan Feeney

U.S. Secretary of State John Kerry has pledged to give the Democratic Republic of Congo $30 million to aid democracy and political stability, but only if its president Joseph Kabila does not seek re-election after his current, second term in office.

Kerry, who is on a tour of Africa, said the country needed to finalize the schedule for its next elections expected in 2016, the Associated Press reports. If Kabila seeks a third presidential term, he would be in violation of his country’s constitution.

“The sooner the process is announced, the sooner that the date is set, the sooner people have an ability to be able to participate,” Kerry told reporters after he met with Kabila. “And we believe it ought to be done in keeping with the constitutional process of the country.”

It is unknown if Kabila agreed to Kerry’s requests.

Kerry’s latest pledge is more than double the $12 million the U.S. gave to support democratic elections and political stability in the country in 2013. Last year, total U.S. aid to the Democratic Republic of Congo, which has been plagued by violence for decades, last year was around $210 million. 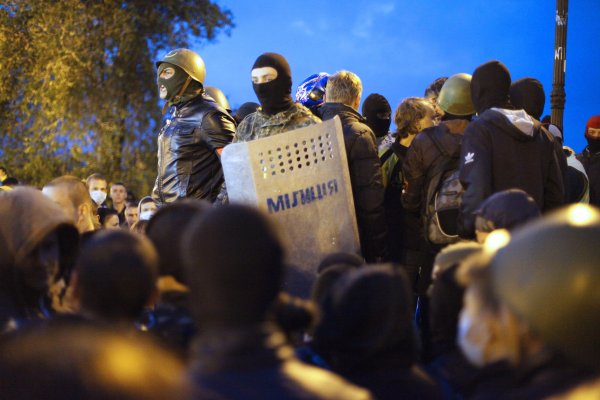 Ukrainian Special Forces Due in Odessa After Clashes
Next Up: Editor's Pick