Vice President Joe Biden teamed with Julia Louis-Dreyfus (in character as Vice President Selina Meyer from HBO’s Veep) for what was essentially a typical buddy comedy, just with a lot less weed and a lot more political cameos.

This pre-recorded video, which kicked off Saturday’s annual White House Correspondents’ Dinner, begins with the real-life veep calling up his fictional counterpart while sporting his signature aviators. Soon, he picks her up in an over-the-top yellow sports car and they set off on a night of debauchery that includes sneaking into the White House, binging on ice cream (guess which health-conscious White House resident busts them), getting matching tattoos and changing Washington Post headlines.

Bonus: Louis-Dreyfus manages to throw in a pretty excellent House of Cards diss. Additional bonus: we get cameos from Michelle Obama, Nancy Pelosi and John Boehner (or, as Louis-Dreyfus calls him, J-Dawg.)

Now, if only someone would turn this seven-minute clip into a feature-length film. Seriously, we would totally watch that. 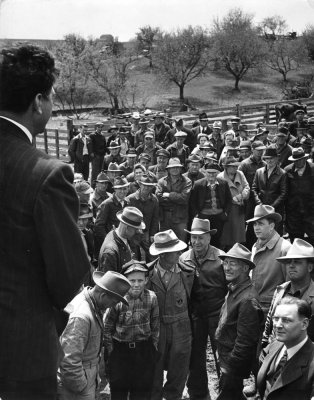 Ohio: Portrait of a Swing State . . . Seven Decades Ago
Next Up: Editor's Pick