Joel McHale, the star of NBC’s Community, is the featured comedian at the dinner, where he and President Barack Obama will crack jokes for senior government officials and members of the press corps.

A smattering of other stars will reportedly be attending the event, according to the Hollywood Reporter, including Robert De Niro, who is promoting a documentary on his artist father, 12 years a Slave director Steve McQueen and actress Lupita Nyong’o, Gravity director Alfonso Cuaron, and Her director Spike Jonze.

McHale isn’t known for political comedy, but he’s used to mocking celebrities as the host of E!’s The Soup.The White House Correspondents’ dinner has often served as a springboard for aspiring comedians, providing a national spotlight for funnymen like Stephen Colbert in 2006 or Seth Meyers in 2011.

The president, meanwhile, can be expected to dig into a healthy repertoire of self-deprecating jokes, and take some jabs at the right, too.

Tune in tonight at 10p.m. for President Obama and McHale’s remarks. 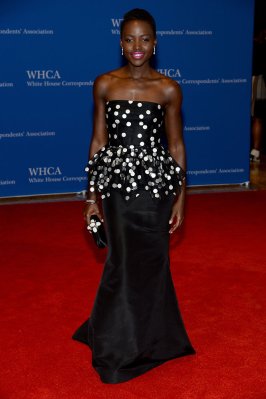