China Rules the Summer Olympics. Why Isn't It Striking More Gold at Sochi?

Last weekend in Beijing, I went ice-chairing with my kids. Ice-chairing (冰车) is just what it sounds like. You and a partner sit on a pair of connected chairs and use sharp metal poles to slide along a frozen lake. It’s amazing how fast you can scoot across the ice on a chair, even with a four-year-old at the helm.

Ice-chairing, along with ice-bicycling (yup, self-explanatory), are popular pursuits in China’s north, where even grannies skate on frozen canals. But a seasonal enthusiasm for winter sports — if you can call ice-chairing a sport — hasn’t yet translated into China’s dominance of the Winter Olympics. Indeed, so far at Sochi, the Chinese have won three gold medals. That nestles them in 11th place in the gold-medal rankings, below the likes of Belarus, Poland and Switzerland. Four years ago in Vancouver, China won five gold medals and placed seventh in the overall rankings.

Fortune has played for and against Team China in Sochi. On Feb. 18, the women’s short-track 3,000 m relay team, the defending Olympic champions, was disqualified in the notoriously unpredictable sport. China had been anticipating that gold medal. Yet Li Jianrou, who won China’s first gold medal at Sochi, prevailed in the 500 m short-track speed-skating final solely by being so far behind her three challengers that when they were felled by an epic crash, she was able to glide to victory. In Vancouver, the Chinese women captured all four short-track speed skating gold medals on offer. In Sochi, they have won half that, with one more event to go.

China’s underwhelming Sochi performance thus far might seem strange. After all, in 2008, China surpassed the U.S. to top the gold-medal rankings at the Summer Games, just 32 years after it had rejoined the Summer Olympic movement. (Beijng had boycotted the Olympics because of political rival Taiwan’s participation.)

China’s Summer Olympic success stemmed from a state-mandated effort to focus on sports that are underfunded and underrepresented in other nations. Although China has struck gold in high-profile sports like gymnastics and diving, many of its other Summer Olympic victories have come from sports that aren’t naturally popular among ordinary Chinese, like women’s weightlifting and shooting. Child athletes are funneled into state-run sports schools with little consideration of whether they enjoy the sport or not.

This state-sponsored specialization has succeeded in certain Winter Olympic disciplines. China has, for instance, made impressive strides in curling, with the men’s team making the Sochi semifinals before losing to Canada on Feb. 19. That may explain why Chinese state TV has spent a seemingly disproportionate amount of airtime showing Chinese Olympians sweeping the ice with great vigor — to the mystification of local viewers. A typical comment on Weibo, China’s microblogging service: “Curling? The first time I saw it I thought they were mopping the floor.”

(PHOTOS: See Highlights from Day 14 of the Sochi Olympics)

Then there’s aerial freestyle skiing. I once traveled to the frozen city of Changchun in China’s northeast to meet China’s impressive crop of female ski tumblers. Li Nina, the then reigning world champion in aerial freestyle skiing, had started off as a child acrobat. Her bendiness landed her into a sports school at a tender age. One day, after an untimely growth spurt ended her hopes of an acrobat career, she found herself twisting and turning with a pair of skis strapped to her feet. Li told me this change of profession was “an internal adjustment.” She won silvers at the Turin and Vancouver Olympics and then retired for a couple years. She returned for competition at Sochi and placed fourth, after a terrifying fall crushed her medal hopes.

The Winter Olympics, it must be admitted, languish in the shadow of the Summer Games. For the Chinese government, hosting the Summer Olympics in Beijing in 2008 served as a triumphal coming-out party for a rising power. The fact that China vanquished the U.S. in the gold-medal count only added to the sense of national glory. Conquest at the Winter Games, though, isn’t quite as ego-boosting because the traditional powerhouses are nations like Norway. Besting the likes of Canada or the Netherlands doesn’t quite fit into the narrative of Great Power competition. “What’s the point of winning?” wondered one Weibo user. “All it means is that the taxpayers will have spent a lot of money to raise a group of expensive athletes. Is it really necessary?”

Japan followed up the Tokyo Summer Olympics in 1964 — the symbolic rebirth of a defeated World War II foe — with Sapporo 1972 and Nagano 1998. I covered those last Winter Games in Japan; they were pleasant, snowy and well run. Afterwards, though, Nagano fell into recession. Returning to the Japanese Alps region earlier this month, it struck me how marginal those Winter Olympics were for global power politics. Who remembers Nagano or Grenoble or Calgary?

China, too, is aiming to host a Winter Games in 2022. The bid is being sponsored by two cities, Beijing and Zhangjiakou, a particularly grim city of 4 million people best known for its steel industry. China’s wish to host a Winter Olympics will likely fail for a couple reasons. For one, the 2018 Games will be in Pyeongchang, South Korea, so it’s unlikely another Asian city will be chosen so soon afterwards. (Adding to the Asia streak, the 2020 Summer Games will be in Tokyo again.) For another, both Beijing and Zhangjiakou get little snow — climactic deficiency that may be felt all the more keenly after the Sochi shortfall. (Zhangjiakou’s ski resorts depend on manmade snow.) Then there’s China’s notorious air pollution, which is particularly challenging to the lungs in the winter. The Chinese government has promised to tackle its air woes before 2022. But it’s hard to imagine hearty Norwegian or Canadian Olympians wanting to inhale Chinese air in less than a decade’s time — even if they could enjoy an exhilarating glide on an ice-chair.

—with reporting by Chengcheng Jiang/Beijing

MORE: Everything You Need to Know About The Sochi Olympics Opening Ceremony 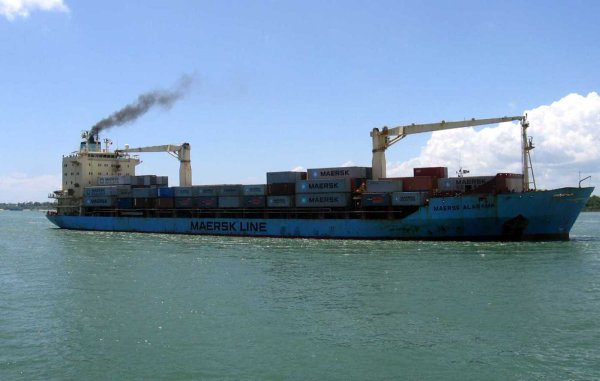