McKinsey: 56% of Indians Unable to Afford A Decent Life

An Indian labourer sits with a child outside a makeshift shelter on a highway on the outskirts of Hyderabad on Nov. 14, 2013
Noah Seelam / AFP / Getty Images
By Krista Mahr

How to count India’s hundreds of millions of poor is a debate that has been raging in New Delhi and beyond for years. Now researchers at the global consulting firm McKinsey have weighed in, suggesting a new metric for measuring how many Indians need the government’s help to live better lives, and what’s the best way to give it to them.

In a report released Wednesday, McKinsey Global Institute, the research arm of McKinsey and Company, applauds India’s recent achievements in poverty reduction, from 45% of the population in 1994 to 22% in 2012. Despite criticism that the current line too low, that success been a major talking point of the Congress Party, which has been heading the government for the last decade, ahead of this spring’s national polls.

But the report’s authors suggest — and many poverty advocates in India would agree — that focusing public time and money exclusively on Indians living below the statistical mark of spending Rs.22.42 ($0.35) per person per day in rural areas and Rs.28.65 ($0.45) in cities misses a large swath of the population. Many people can afford to spend more than that, but are nevertheless unable to take care of their basic needs.

By McKinsey’s count, that group numbers a whopping 680 million. MGI arrived at that figure by a new measure it has dubbed “the Empowerment Line.” Researchers measured how much it costs an individual to meet a set of basic needs — food, energy, housing, drinking water, sanitation, health care, education and social security — and achieve “a minimal acceptable standard of living.” Based on that cost, the firm concluded that 56% of Indians can’t afford to meet those needs, which is more than double the number of people the government identifies as living below the poverty line. MGI also concludes some 46% of Indians lack access to basic services from the government, like subsidized food, health care and early education.

(WATCH: What Ram Singh’s Life—and Death—Says About Violence and Inequity in India)

How to solve this problem touches on yet another longstanding debate in India: whether economic growth or public spending will lift more people out of poverty. The authors write that continued public spending on basic services “will deliver very little” without greater attention to how those programs are performing. Improving that performance, along with creating jobs that help incomes rise, will be key to raising more people above its Empowerment Line, they say.

That’s hardly a new notion, but proponents of a growth-first path for India will appreciate the statistical support of applying this new metric to old data. The authors point out, for instance, that “three-quarters of the reduction in the Empowerment Gap achieved from 2005 to 2012 was due to rising incomes, while one-quarter was due to increased government spending on basic services.”

To achieve this, the report suggests that government must, among other things, spend more on improving its services, boosting farm productivity, which many Indians still rely on for income, and creating jobs off the farm in sectors like manufacturing. Of course, the government may not heed McKinsey’s call, but a few months before elections, and with millions of impoverished voters to court, all parties would be wise to listen. 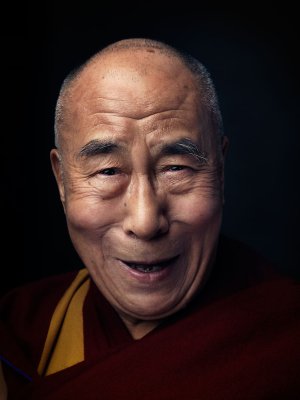 The Dalai Lama Talks Pot, Facebook and the Pope
Next Up: Editor's Pick