Why You Need to Worry about China’s Shadow Banking

A man walking past a ATM machine at the entrance of a bank in Beijing, Jan. 25, 2014
Wang Zhao / AFP / Getty Images
By Michael Schuman

There’s a ton of talk these days among economists and investors about shadow banking in China. The whole subject might seem a confusing mess of econo-babble taking place in a far-away country. But what is happening right now in China’s financial sector is among the most important developments in the global economy today. An expansion of risky and complicated financial practices in the world’s second-largest economy has the potential to explode into a major economic crisis. How things play out will have a direct impact on all of us. If China’s economy destabilizes, shockwaves would be sent around the world that could dampen global growth and cost many their jobs.

(MORE: Global Investors Got High on Emerging Markets: Now for the Comedown)

Shadow banking can sound scary and complicated — and in some of the financial maneuvers that go on, the details can get really complex — but at a basic level, it isn’t all that nefarious or bewildering. Shadow banking arises based on the needs of the market — linking those who need money with those who have it when the formal banking sector isn’t providing the funds. The term “shadow banking” is a basket for all sorts of lending and borrowing that are outside of the usual, traditional bank loan. Some of these practices are conducted by financial institutions that aren’t banks (in China’s case, financial firms called trusts do a lot of the work). In other cases, the lending networks are much more informal — people borrowing from each other.

In China, though, shadow banking has become a big problem. It is growing at an alarming rate. JP Morgan figured in a report last year that shadow banking in China nearly doubled between 2010 and 2012 to nearly $6 trillion, or about 70% of the nation’s GDP. The pace in recent months remains brisk. At the end of 2013, the assets under management at China’s trust firms, one of the primary drivers of shadow banking, increased by 46% from a year earlier. Some of this money is going into risky real-estate developments and other projects that the regular banks have rejected. Even more, the transactions have been poorly regulated — in fact, many of the deals are designed to circumvent regulation on the banks. There are fears in financial markets that some elements of shadow banking resemble the toxic subprime mortgage assets that tanked Wall Street in 2008. The explosion of shadow banking is also helping to fuel a major surge of debt in the Chinese economy that is also a big source of worry. (For more on the dangers of shadow banking, read my latest TIME magazine story on the subject.)

The government has woken to the risks and is now trying to get a handle on the situation by improving oversight of the sector and trying to drain it of cash to slow its growth. But policymakers aren’t cracking down very forcefully. The fact is they can’t. Shadow banking has become an integral part of the Chinese economy, the source of funds for all kinds of companies who can’t get support from banks, and turning it off would create havoc. So China’s policy mandarins are stuck navigating a delicate path — somehow alleviating the risks of shadow banking without depriving businessmen of the cash they require.

Yet it is far from clear China’s leaders can achieve that. We just don’t know how much high-risk money is out there and what would happen to the system if there was a default. In late January, nerves were at the breaking point when a troubled coal company was about to miss payment on a shadow-banking investment product. The fear was that a default could spark a panic among investors in shadow-banking and cause the entire sector to unravel. A bailout was arranged at the last moment and disaster was averted. But there are likely more such incidents on the way, and it is an open question if the government can step in again and again to plug the holes.

Beijing’s leaders have no one to blame but themselves for their quandary. They sat back and watched while shadow banking developed into a financial monster practically overnight; now they’re stuck sorting out the mess. The problem arose to a great degree because policymakers have been too slow in reforming the formal banking sector. Constrained by excessive regulation and bureaucratic interference, the banks simply don’t operate on a truly market-based, commercial basis. Funds tend to flow to state-owned enterprises and other politically favored companies and projects, starving everyone else of needed capital. The result has been the rise of an alternative financial system of shadow banking that has spiraled out of control.

Though the Chinese financial system is not as connected to the global economy as those in the U.S. and Europe — China still strictly controls flows of money in and out of the country — a crisis in shadow banking would severely damage China’s growth prospects. That would have a negative impact on world growth and seriously dent global investor sentiment. We don’t know how hard the world would get hit, but with the recovery from the Great Recession only now building momentum, a shock from China is not something we need right now. China has morphed from one of the saviors of the global economy into one of its risks.

MORE: China’s Quest to Take On the U.S. Dollar Has a Long Way to Go 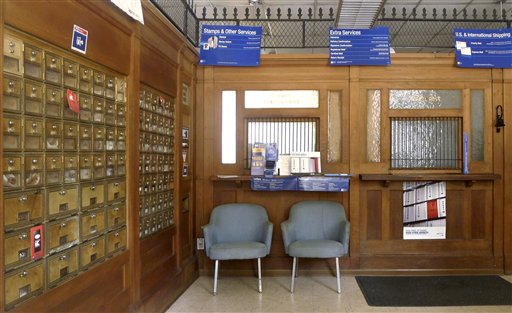 This Plan Could Save the Post Office From Extinction
Next Up: Editor's Pick