An Apple-Samsung Patent Battle Ends with a Whimper

The latest news in the Apple-Samsung patent saga came down Friday afternoon in a California court, when a jury ruled that Samsung had violated two of five software Apple patents. Additionally, it ruled that Apple had violated one of two Samsung patents, but not willfully.

Apple had been seeking $2.2 billion in damages, but the jury awarded just $119.6 million. It also awarded Samsung $158,400. A the time of writing, there’s some confusion over one Samsung product that was found to infringe an Apple patent, but which the jury didn’t award damages for.

There’s nothing decisive about that outcome, but presumably Apple regards Samsung as having gotten off easy, and Samsung is relieved. The Korean company was cleared on three out of the five patents and owes Apple an amount that is–by gigantic electronics manufacturer standards–peanuts. (Two years ago, Apple was awarded a more imposing $930 million over a different set of design-related patents.)

For Apple, the battle isn’t just against Samsung, and it’s not just about money. Steve Jobs was so irate over the degree to which Google’s Android operating system mimicked Apple’s iPhone software that he famously said he was willing to go thermonuclear over it. So far, neither Samsung nor Android seems to have been blasted back into the pre-iPhone stone age. Still, Apple’s suits–and the scads of other ones between an array of patent holders that have followed it–may have left everybody involved at least slightly more cautious about treading on other companies’ intellectual property.

For instance, the products Samsung has released since Apple first filed suit haven’t been the slavish knockoffs they might have been if it had felt free to copy at will. When technology companies sue each other over patents, I generally don’t take sides. Here’s a confession, though: If both Apple and Samsung end up regretting this whole process, it wouldn’t pain me.

Court battles like this are expensive distractions that only sap attention and resources better put to building the best possible products. That makes them bad for consumers. They can be bad for the companies involved, too, if it dulls their competitive edge. Exhibit A: Polaroid’s legendary suit against Kodak over instant photography–which ended in both a legal and moral victory for Polaroid, but didn’t do a thing to help the company prepare itself for the brave new world of photography ahead. In fact, it surely hurt, since founder Edwin Land, Polaroid’s resident genius, poured his time and intellectual capital into beating Kodak in court rather than in the marketplace. A few decades from now, when business historians look back at this period, they’ll know things we don’t yet, including how Apple and Samsung fared over the long haul.

I can’t imagine anyone will conclude that the patent tussle played a decisive role one way or another. Instead, it’ll have more to do with whether the companies stayed hungry or rested on their laurels. Which means that the sooner everyone involved puts the era of courtroom drama behind them, the better–for Apple, for Samsung and for all of us. 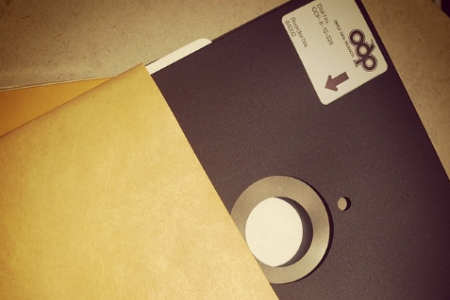 An Instagram Graveyard of Silicon Valley Delights
Next Up: Editor's Pick