Whenever work or play takes me to Sunnyvale, California and I have at least 20 minutes to spare, I find that my car steers itself–as if controlled by my subconscious–to the Weird Stuff Warehouse. This remarkable retail establishment is filled to the rafters with evidence that everything that starts out new and exciting in Silicon Valley eventually ends up old and unloved: computers, gizmos, software and much more.

Its all for sale at the Warehouse. And it’s been in business since the 1980s, which proves that an awful lot of theoretically obsolete stuff is worth something to somebody.

I dropped in this afternoon after visiting a large company in the vicinity and spent 15 minutes wandering the aisles, as if I were visiting the National Gallery of Technological Detritus. I managed to avoid the strong temptation to buy a movie or two on SelectaVision discs–basically vinyl records that stored video in analog form, and a format even more hopelessly archaic than Betamax.

But then I came across something I have absolutely no need for, but still needed to own: an unopened box of 8″ floppy disks, which were on their way out by the late 1980s.

After plunking down my $10, I was moved to post a photo of my new possession on Instagram:

And then I checked out Instagram pictures shared by other Weird Stuff shoppers. Perusing them is almost as delightful as touring the store in person–so here are some highlights for you (including a photo of a TRS-80 Model III I took on a previous visit):

I first visited the Weird Stuff Warehouse almost two decades ago, and I hope to still be a customer 20 years from now. Betcha that the shelves will be festooned with stuff like the iPhone 5s, Xbox One and Google Glass–all just a few bucks apiece and worth it for pure nostalgic value alone. 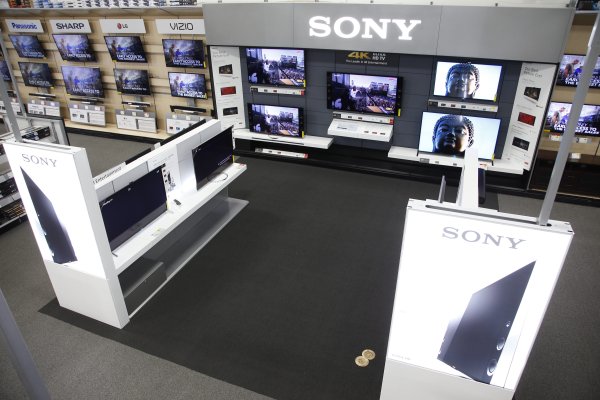 Sony is Opening 350 Shops Within Best Buy Stores
Next Up: Editor's Pick