Fearlessness: 3 Things You Can Learn From Special Ops and Navy SEALS

A NAVY Seal parachutes down before the start of the Buffalo Bills NFL game against the Kansas City Chiefs at Ralph Wilson Stadium on September 16, 2012 in Orchard Park, New York.
Tom Szczerbowski—Getty Images
By Eric Barker

It’s a phrase that gets thrown around lightly. But for 7 hours, Hector Cafferata was exactly that.

On November 28, 1950 during the Korean war, the then 21-year-old took on an entire regiment of Chinese soldiers, defending his group of badly wounded friends.

He did it in 30 degrees-below-zero-weather while in his socks.

He had only his eight shot M1 Garand and when grenades were thrown at him he batted them away with a shovel.

I’m going to repeat that:

HE BATTED GRENADES AWAY WITH A SHOVEL.

At 85 years old, Cafferata, who was awarded the Medal of Honor, offered a succinct statement on his perspective toward such challenging scenarios.

What produces this level of fearlessness?

Yes, some people are different. As Taylor Clark points out in Nerve, twin studies show about 30% of fear response is genetically determined.

But that only begs the question: what about the other 70%?

The research points to three things that can help you develop fearlessness.

Gary Klein received a grant from the U.S. Army to study decision-making under stress in firefighters. His research showed that firefighters generated a set of options in their head, compared them and picked the best one.

Then he talked to firefighters and realized he was 100% wrong about everything.

They didn’t think. Years of training and experience had finely tuned their instincts, and in these situations, instinct is all you have time for.

The Navy SEAL team that killed Bin Laden trained for weeks inside a full scale replica of the compound they would be attacking so that when they arrived, it would be like they’d already been there.

Via Daniel Coyle’s excellent book The Little Book of Talent: 52 Tips for Improving Your Skills:

When U.S. Navy SEAL Team 6 mounted its May 2011 raid on Osama bin Laden’s compound in Pakistan, it prepared by constructing full-scale replicas of the compound in North Carolina and Nevada, and rehearsing for three weeks. Dozens of times the SEALs simulated the operation. Dozens of times, they created various conditions they might encounter. They used the power of repetition to build the circuitry needed for the job.

And this is true in general. Who survives catastrophic scenarios? The people who have prepared.

Via David McRaney’s You Are Not So Smart: Why You Have Too Many Friends on Facebook, Why Your Memory Is Mostly Fiction, and 46 Other Ways You’re Deluding Yourself:

2) A Feeling Of Control

You can tell a Special Forces soldier by a blood test.

Yale Psychiatrist Andy Morgan has studied Special Forces soldiers for over a decade. He says the training creates stress levels in the human body higher than what is measured during open heart surgery.

But Morgan says what is equally important is how you talk to yourself in stressful situations.

It makes intuitive sense: What creates a sense of fearlessness? I’ve got this covered. I’ve done this before. I’m in control.

And that word feeling is key. While training produces more of the ability to actually control a situation, even an illusory feeling of control can reduce stress and thereby increase performance.

In fact, the illusion of control is so powerful that overconfidence is an asset, not a liability, during disaster scenarios.

Via Oliver Burkeman’s Help! How to be slightly happier and get a bit more done:

The top tier bomb disposals experts are so confident that as they approach the explosives their heart rates actually go down:

Via The Wisdom of Psychopaths: What Saints, Spies, and Serial Killers Can Teach Us About Success:

During his five years as a POW, Colonel Gerald Venanzi had an imaginary chimpanzee friend named Barney Google.

He wasn’t insane. Humor provides a powerful buffer against stress and fear.

When I interviewed Special Forces operative Joe Asher, he emphasized the importance of humor in getting through the punishing months of Ranger training:

You don’t need to be preparing for war to make all this useful. Keep in mind:

And for help in more common scenarios you may want to check out: 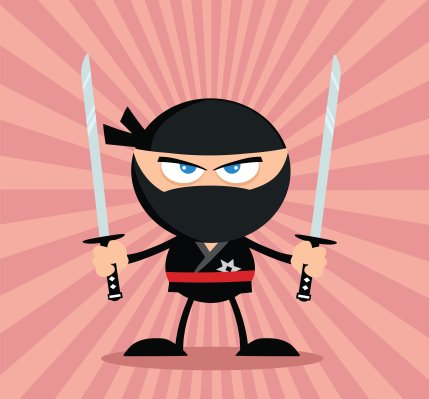 5 Powerful Tips for Getting More Stuff Done
Next Up: Editor's Pick