The Slippery Slope From Medicine to Lethal Injection

By Dr. Joel B. Zivot

Convicted murderer and rapist Clayton Lockett died this week in Oklahoma, despite a “botched” execution. I’ve been asked how the “botching” could have been avoided. As a physician, I find that a strange and disturbing question, similar to asking a lifeguard to advise people on how to drown better. Though I did not witness the execution firsthand, I can put my mind to the question–but with great difficulty because as a physician I am in the business of saving lives, not taking them.

To suggest that Lockett’s execution was “botched” raises an ethical question for physicians who are asked how it can be improved. Doctors swear an oath, the Hippocratic Oath, that they are concerned with the relief of suffering in others. States that utilize lethal injection appeal to a doctor’s oath to lend assistance during execution in order to reduce suffering, but that’s a suspect and misplaced appeal. Inmates who are being executed are not patients, and yet it seems that lethal injection attempts to turn them into such. But if Lockett were my patient, my duty would be to cure his sickness and reduce his suffering. At no time would it be to seek his death over his life, even if he were dying from a terminal illness.

Oklahoma chose to begin the execution with an injection of the drug midazolam, a sedative that produces amnesia after the fact. So in the moment a patient under the influence of midazolam may feel anxious, but he won’t recall that anxiety later. In the circumstance of Lockett’s death, such effect of the drug was moot—there was no later.

Lockett was then administered vecuronium bromide. This drug paralyzes all the muscles in the body, including those that control breathing. If all else fails, the eventual lack of oxygen will cause the heart to fail. Vecuronium bromide doesn’t effect consciousness, though, so an individual would be very much awake but unable to breath or move. Ironically, if Lockett had received only vecuromium bromide, he would have remained motionless and died an outwardly peaceful but inwardly painful and terrifying death. By report, Lockett did try to move, perhaps as some of the paralyzing drug may not have circulated or the quantity was insufficient. In that moment, he likely began to suffocate. His death appeared painful, according to witnesses on the scene, and most likely it was. But we will never know if Lockett, or any other person executed by lethal injection, experiences his or her own death as needlessly cruel.

The last drug given was potassium chloride. In sufficient quantities, this drug will stop the heart, though, again, not in an instant and not without pain. Oklahoma corrections claimed that Lockett died of a “massive heart attack.” Pending autopsy, that is mere speculation. My view, based on a review of events as best can be determined, was that Oklahoma executed Lockett by subjecting him to a painful and terrifying death by suffocation.

Lethal injection is merely an impersonation of medicine, nothing more. It wastes scarce drugs that could serve dozens of patients in medical need. When I study the details of the lethal injection protocol, my medical knowledge feels more like a curse, as I see the mistakes that lead to unnecessary cruelty.

Dr. Joel B. Zivot is an anesthesiologist and intensive care specialist. He is the medical director of the Cardio-Thoracic and Vascular Intensive Care Unit at Emory University Hospital and is Assistant Professor of Anesthesiology and Surgery in the Emory University School of Medicine. 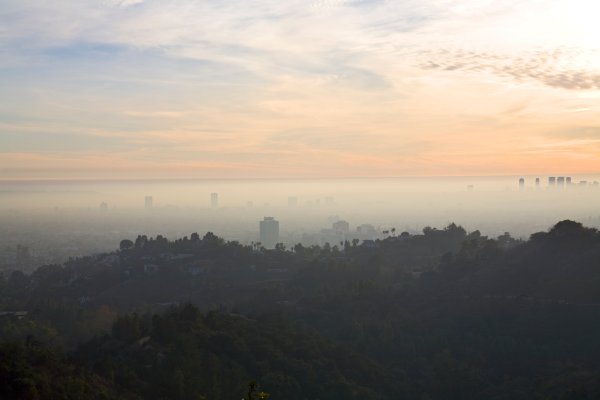 These Are the 10 Most Polluted Cities In the U.S.
Next Up: Editor's Pick