An injured man is aided by New York City firefighters after being evacuated from an emergency staircase following an F train derailment in the Woodside neighborhood of the Queens, N.Y., May 2, 2014.
Spencer Platt—Getty Images
By Charlotte Alter

Nineteen people were injured and hundreds had to be evacuated through the sidewalk when a New York City subway derailed in Queens on Friday morning, officials said.

Fifteen people sustained minor injuries and four were transported to area hospitals with potentially serious injuries, Fire Department spokeswoman Elisheva Zakheim said. It took about an hour to evacuate the rest of the passengers from the train, through emergency exits and up through the sidewalk.

The train derailed near Broadway and 60th Street in the Woodside area of Queens. 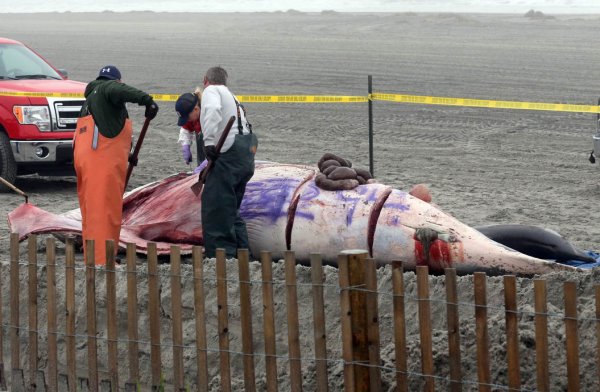