Why I'll Never Apologize for My White Male Privilege

There is a phrase that floats around college campuses, Princeton being no exception, that threatens to strike down opinions without regard for their merits, but rather solely on the basis of the person that voiced them. “Check your privilege,” the saying goes, and I have been reprimanded by it several times this year. The phrase, handed down by my moral superiors, descends recklessly, like an Obama-sanctioned drone, and aims laser-like at my pinkish-peach complexion, my maleness, and the nerve I displayed in offering an opinion rooted in a personal Weltanschauung. “Check your privilege,” they tell me in a command that teeters between an imposition to actually explore how I got where I am, and a reminder that I ought to feel personally apologetic because white males seem to pull most of the strings in the world.

I do not accuse those who “check” me and my perspective of overt racism, although the phrase, which assumes that simply because I belong to a certain ethnic group I should be judged collectively with it, toes that line. But I do condemn them for diminishing everything I have personally accomplished, all the hard work I have done in my life, and for ascribing all the fruit I reap not to the seeds I sow but to some invisible patron saint of white maleness who places it out for me before I even arrive. Furthermore, I condemn them for casting the equal protection clause, indeed the very idea of a meritocracy, as a myth, and for declaring that we are all governed by invisible forces (some would call them “stigmas” or “societal norms”), that our nation runs on racist and sexist conspiracies. Forget “you didn’t build that;” check your privilege and realize that nothing you have accomplished is real.

But they can’t be telling me that everything I’ve done with my life can be credited to the racist patriarchy holding my hand throughout my years of education and eventually guiding me into Princeton. Even that is too extreme. So to find out what they are saying, I decided to take their advice. I actually went and checked the origins of my privileged existence, to empathize with those whose underdog stories I can’t possibly comprehend. I have unearthed some examples of the privilege with which my family was blessed, and now I think I better understand those who assure me that skin color allowed my family and I to flourish today.

Perhaps it’s the privilege my grandfather and his brother had to flee their home as teenagers when the Nazis invaded Poland, leaving their mother and five younger siblings behind, running and running until they reached a Displaced Persons camp in Siberia, where they would do years of hard labor in the bitter cold until World War II ended. Maybe it was the privilege my grandfather had of taking on the local Rabbi’s work in that DP camp, telling him that the spiritual leader shouldn’t do hard work, but should save his energy to pass Jewish tradition along to those who might survive. Perhaps it was the privilege my great-grandmother and those five great-aunts and uncles I never knew had of being shot into an open grave outside their hometown. Maybe that’s my privilege.

Or maybe it’s the privilege my grandmother had of spending weeks upon weeks on a death march through Polish forests in subzero temperatures, one of just a handful to survive, only to be put in Bergen-Belsen concentration camp where she would have died but for the Allied forces who liberated her and helped her regain her health when her weight dwindled to barely 80 pounds.

Perhaps my privilege is that those two resilient individuals came to America with no money and no English, obtained citizenship, learned the language and met each other; that my grandfather started a humble wicker basket business with nothing but long hours, an idea, and an iron will—to paraphrase the man I never met: “I escaped Hitler. Some business troubles are going to ruin me?” Maybe my privilege is that they worked hard enough to raise four children, and to send them to Jewish day school and eventually City College.

Perhaps it was my privilege that my own father worked hard enough in City College to earn a spot at a top graduate school, got a good job, and for 25 years got up well before the crack of dawn, sacrificing precious time he wanted to spend with those he valued most—his wife and kids—to earn that living. I can say with certainty there was no legacy involved in any of his accomplishments. The wicker business just isn’t that influential. Now would you say that we’ve been really privileged? That our success has been gift-wrapped?

The truth is, though, that I have been exceptionally privileged in my life, albeit not in the way any detractors would have it.
It has been my distinct privilege that my grandparents came to America. First, that there was a place at all that would take them from the ruins of Europe. And second, that such a place was one where they could legally enter, learn the language, and acclimate to a society that ultimately allowed them to flourish.

It was their privilege to come to a country that grants equal protection under the law to its citizens, that cares not about religion or race, but the content of your character.

It was my privilege that my grandfather was blessed with resolve and an entrepreneurial spirit, and that he was lucky enough to come to the place where he could realize the dream of giving his children a better life than he had.

But far more important for me than his attributes was the legacy he sought to pass along, which forms the basis of what detractors call my “privilege,” but which actually should be praised as one of altruism and self-sacrifice. Those who came before us suffered for the sake of giving us a better life. When we similarly sacrifice for our descendents by caring for the planet, it’s called “environmentalism,” and is applauded. But when we do it by passing along property and a set of values, it’s called “privilege.” (And when we do it by raising questions about our crippling national debt, we’re called Tea Party radicals.) Such sacrifice of any form shouldn’t be scorned, but admired.

My exploration did yield some results. I recognize that it was my parents’ privilege and now my own that there is such a thing as an American dream which is attainable even for a penniless Jewish immigrant.

I am privileged that values like faith and education were passed along to me. My grandparents played an active role in my parents’ education, and some of my earliest memories included learning the Hebrew alphabet with my Dad. It’s been made clear to me that education begins in the home, and the importance of parents’ involvement with their kids’ education—from mathematics to morality—cannot be overstated. It’s not a matter of white or black, male or female or any other division which we seek, but a matter of the values we pass along, the legacy we leave, that perpetuates “privilege.” And there’s nothing wrong with that.

Behind every success, large or small, there is a story, and it isn’t always told by sex or skin color. My appearance certainly doesn’t tell the whole story, and to assume that it does and that I should apologize for it is insulting. While I haven’t done everything for myself up to this point in my life, someone sacrificed themselves so that I can lead a better life. But that is a legacy I am proud of.

I have checked my privilege. And I apologize for nothing.

Tal Fortgang is a freshman from New Rochelle, NY. He plans to major in either History or Politics. He can be reached at talf@princeton.edu. This piece originally appeared on The Princeton Tory.

MORE: Dear Privileged-at-Princeton: You. Are. Privileged. And Meritocracy Is a Myth. 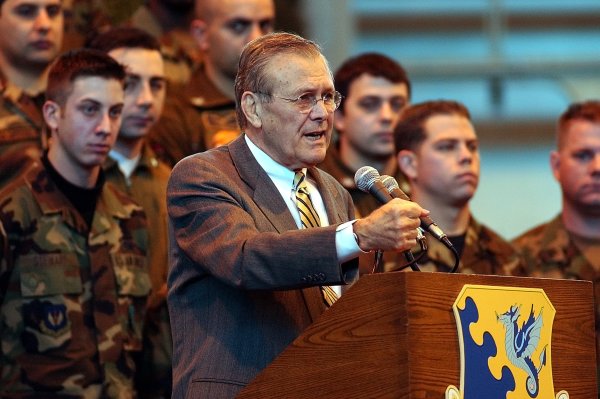 The Best Advice for New Grads From People Who Will Never (Again) Be Invited to Speak at Your Graduation
Next Up: Editor's Pick