There’s a whole slew of new winter vocabulary this season—polar vortex, the Arctic Oscillation, and #Chiberia, just to name a few—but there’s also a familiar term that is here to stay: wind chill.

In the past few days, wind chill temperatures have hit as low as minus 50 degrees Fahrenheit in the Midwest. But what exactly does “Feels like -50°F” mean when the air temperature is actually something higher? And how is that number determined?

(Watch: What You Need To Know About The Polar Vortex)

Meteorologists at the National Weather Service use a complex formula that correlates air temperature and wind speed to calculate the effect of wind chill, based on what a hypothetical 5-foot-tall person would feel while walking at a steady pace in an open field at night.

Some argue wind chill is a meaningless number that is overhyped by the media. Slate columnist Daniel Engber called it “the weatherman’s favorite alarmist statistic.”

In 2001, the National Weather Service implemented a new wind chill index to more accurately represent the dangers of strong winds combined with low temperatures, so what formerly would have been a wind chill of minus 60 degrees is now said to be minus 38 degrees.

Whatever your opinion of these calculations, wind chill is important in determining the risk of frostbite: at minus 50 degrees, frostbite could occur in 10 minutes. 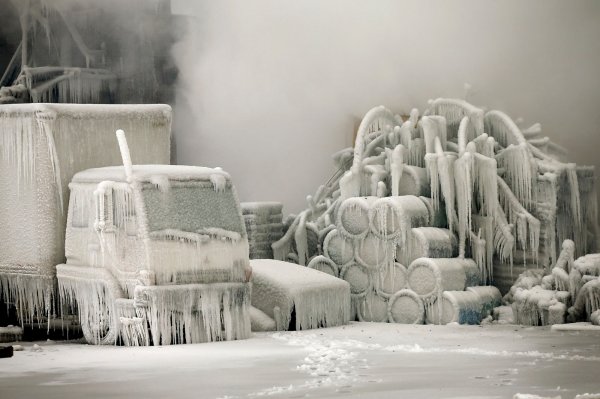 Earth, Wind and Fire: The Extreme Weather of 2013
Next Up: Editor's Pick