At Least 11 Killed in Assam Attacks

At least 11 people have been killed in two attacks in the northeastern state of Assam, a few weeks after the state wrapped up its three-phase vote. Local police told the BBC they suspect a separatist rebel group of targeting and killing members of the area’s Muslim community in the May 1 violence. They have also said, however, that the bloodshed was not connected to the national elections under way.

Tensions between the ethnic Bodo group and minorities in Assam have been churning for years. In 2012, large riots broke out between the two groups, in which dozens of people were killed and hundreds of thousands displaced. The Bodo community and minority communities, including Muslims, have been competing for increasingly scarce resources and land. The National Democratic Front of Bodoland, a separatist group fighting for an independent homeland, has already staged several violent and nonviolent actions this year, according to the South Asia Terrorism Portal.

Despite police statements to the contrary, some residents told the media that they believe yesterday’s attacks were due to the fact that rebels believed the victims had voted for non-Bodo candidates. Assam went to the polls in three separate phases on April 7, 12 and 24. Residents living in the area of the attack voted in the last phase. One policeman was killed, and two were injured on that polling day.

The May 1 attacks came the same day that two bomb blasts terrified passengers on an early morning train in the southern city of Chennai, killing one young woman and injuring several others. Though the incident was quick to be politicized, authorities gave no immediate evidence that the incident was connected to the elections. Chennai also voted on April 24.

Even with efforts in recent years to stamp out election-day turbulence in India, sporadic outbreaks of violence have punctuated a largely peaceful vote. On April 30, police killed a protester as voting was under way in Kashmir. On April 24, at least three election officials and five police were killed in a suspected Maoist attack on voting day in Jharkhand. 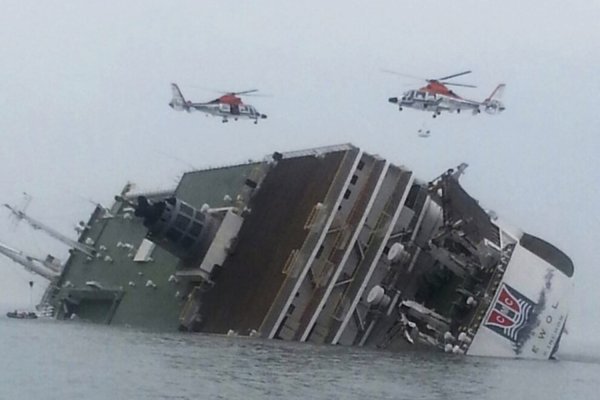 Korean Ferry Was 'Overloaded' On Doomed Trip
Next Up: Editor's Pick