A Marijuana Bank for Colorado? Not Right Now

An attempt to create a banking system for Colorado’s now legal marijuana businesses survived only a few hours before being effectively killed off Thursday.

The plan, which would have created a credit union for pot-related businesses unable to gain access to the regular banking system, cleared a state legislative committee early Thursday, paving the way for the world’s first financial system for the bud trade.

However, another committee killed the plan shortly after by amending the bill to require Colorado to keep trying to find a way for the marijuana businesses to enter mainstream banking.

Marijuana firms in Colorado and Washington state, the two states that have legalized pot for recreational use, have struggled to find a way to handle the large amounts of cash they make, because the funds are derived from a substance that remains illegal under federal law.

In February, the Justice and Treasury departments issued guidance suggesting that banks could offer basic services to marijuana dealers, but financial institutions remain wary. Consensus is growing that it will take an act of Congress to change the situation.

“I have long said the issue cannot be solved at the [state] capitol, and I don’t hold the current Congress in high esteem to get anything done,” the bill’s co-sponsor Pat Steadman told the Denver Post.

“But this bill would lay it squarely at their feet and force the conversation.” 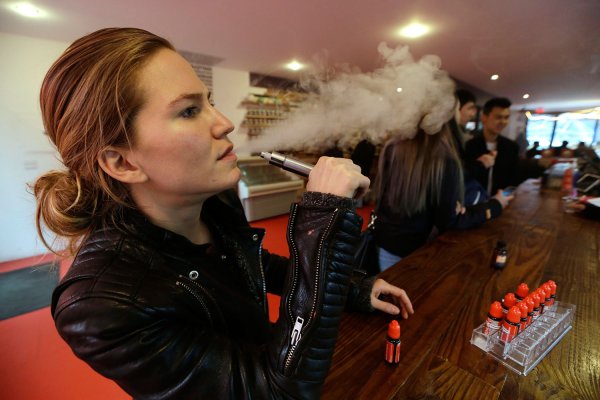 FDA Proposes Ban on E-Cigarette Sales to Minors
Next Up: Editor's Pick