President Barack Obama and First Lady Michelle Obama feted about 300 people at the White House on Thursday to celebrate the close of the Affordable Care Act’s maiden enrollment period.

Despite a rocky rollout, the Department of Health and Human Services announced Thursday that 8,019,763 people selected health-insurance plans through the marketplaces created under the law through the middle of April, exceeding projections.

The Obamas cracked open the champagne for allies and advocates who helped defend the law against Republican attacks and led a nationwide campaign to get Americans enrolled in the marketplace plans.

According to attendees, the President highlighted the success of the initial enrollment period, but said more work needed to be done — both when enrollment reopens later this year and in states that have not accepted federal dollars to expand Medicaid. Obama gave a special shout-out to the “tech team,” which fixed the troubled HealthCare.gov website that threatened to derail the enrollment process. He was followed by the First Lady, who expressed how proud she was of her husband for pushing the health care law through even when it was politically inexpedient.

Attendees said Obama got “pretty emotional” as his wife retold stories of those who have been helped by the law.

After the Obamas spoke, they worked the room greeting attendees, but as the President warned the crowd: “We don’t have time for selfies with everyone.”

Here’s a readout of the event from a White House official: 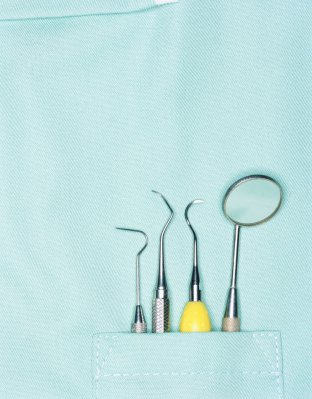 Connecticut Residents Go To the Dentist Way More Often Than You
Next Up: Editor's Pick