A mugshot of Clayton Lockett on June 29, 2011.
Oklahoma Department of Corrections/EPA
By Eliana Dockterman

Oklahoma prison officials spent 51 minutes trying to find a vein in a death row inmate’s arms and feet Tuesday during what became a botched execution.

When they were unable to find a viable vein, they settled on inserting an IV through his groin, the state’s prison chief said in a report Thursday. Prisoner Clayton Lockett, a convicted murderer, was injected with an untested blend of drugs that had been obtained from an undisclosed source.

The vein they used collapsed, but it wasn’t discovered that the line had become dislodged until 21 minutes after the execution began and all of the drugs had been already been injected. “The drugs had either absorbed into tissue, leaked out or both,” prisons director Robert Patton wrote in a letter to the governor explaining the bungled execution. “The director asked the following question, ‘Have enough drugs been administered to cause death?’ The doctor responded, ‘No.'”

When the doctor found a heartbeat, Patton ordered him to stop the execution. Lockett died of a heart attack 10 minutes later.

The report also detailed how earlier that day Lockett got into a fight with the guards who tried to remove him from his cell. He was shocked with a stun gun and upon arriving at the infirmary revealed that he had a self-inflicted cut on his arm, that was determined not to need stitches. He refused to eat breakfast and lunch that day.

The new details emerge after Oklahoma Governor Mary Fallin announced Wednesday that there would be an investigation into what went wrong. “I believe that the death penalty is an appropriate punishment for those who commit heinous crimes against their fellow men and women,” Fallin said. “However, I also believe that the state needs to be certain that its protocols and procedures for executions work.”

Lockett’s attorneys will likely pursue legal recourse. “As the Oklahoma Department of Corrections dribbles out piecemeal information about Clayton Lockett’s botched execution, they have revealed that Mr. Lockett was killed using an invasive and painful method—an IV line in his groin,” Madeline Cohen, one of Lockett’s attorneys, said in a statement. “Placing such a femoral IV line requires highly specialized medical training and expertise.” 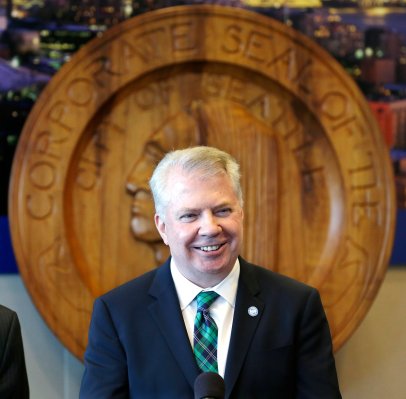 Seattle Mayor Plans to Raise Minimum Wage to $15
Next Up: Editor's Pick