It's Clearer Than Ever: Tablets Are Neither a Fad Nor a Distinct Product Category

You know that booming tablet market? Don’t look now, but it’s not exactly booming. Research firm IDC has reported its latest numbers, and says that the category grew only 3.9 percent year-over-year in the first quarter of 2014, in part because Apple’s iPad–while still the leader with 35 percent market share–was down by 16.1 percent.

Of course, there are worse things than a gadget category growing by almost 4 percent. Just ask anyone in the PC business, which IDC says shrunk by 9.8 percent last year. Still, the tablet market has cooled way, way off since the heady days of Q1 2012 (120 percent year-over-year growth, according to IDC) and Q1 2013 (142 percent year-over-year growth).

Other than the iPad slipping, IDC gives several reasons why the era of tablet hypergrowth is over, at least for now. For one thing, people are buying lots of big-screen phones such as Samsung’s Galaxy Note 3–call them phablets if you must. For another, those that have tablets are holding on to them longer, rather than rushing out to upgrade on an annual basis. And even though there are now plenty of tablets that run Windows, they haven’t yet added up to a big slice of the market.

That all makes sense to me. And it’s a different scenario than many predicted a few years ago, when some people declared tablets to be a fad at the same time that others were prematurely bidding adieu to the PC. Right now, tablets look like an extremely important category of device, but not one which is going to kill off any other extremely important category any time soon.

I’ve wavered back and forth on where I think we’re headed myself, but still believe what I wrote back in 2011 when I said that all the general-purpose devices we use for computing and communications–desktop computers, laptops, smartphones, tablets and maybe even a do-everything console like the Xbox One–are PCs. They just happen to come in a variety of form factors, with different capabilities.

And even more than in 2011, the lines are blurring to the point that the categories are no longer distinct. A 6″ smartphone arguably has more in common with a 7″ tablet with LTE than that same 7″ tablet does with a 10.6″ tablet that doesn’t have LTE.

In the past, you might have drawn a bright line between PC and tablet by stipulating that PCs have physical keyboards and tablets do not. But even that distinction is increasingly irrelevant. Plenty of us use theoretically keyboard-less devices such as iPads with a keyboard. And–although they still seem to have only niche appeal–there are plenty of laptops that let you yank off the keyboard when you don’t need it.

I expect this blurring to continue indefinitely. And I consider it to be a great thing for consumers, since there’s something for almost everybody, in a way there never was when PCs and phones were distinct, rigidly-defined things and tablets hadn’t yet come into their own.

Hardware manufacturers understandably obsess over defining product categories and tracking shipments. But if phones, tablets, laptops, desktops and computing devices yet to be invented add up to a thriving market, the PC business will do just fine–no matter how any particular subset happens to be doing at any given moment.

At least that’s my story–and the longer I stick to it, the more deeply I believe that I’ve got it right. 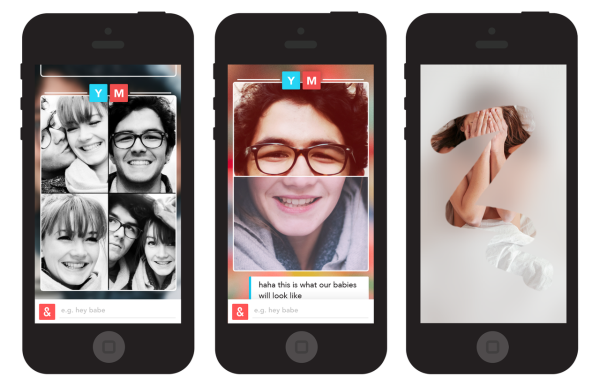 New Messaging App for Couples: Share Selfies with Your True Love
Next Up: Editor's Pick