Laughter Therapy Is The New Meditation

No time to just sit and breathe? Then at least pull up a quick YouTube video of “goats yelling like humans”—a good laugh now and then may give you a mental boost similar to meditation, suggests new research presented today at the Experimental Biology 2014 conference in San Diego.

More From Prevention: Your Brain on Laughter

To make this discovery, researchers measured the brain wave activity of 31 college students with an electroencephalograph (EEG) while they watched funny, distressful, or spiritual videos. During the funny videos, gamma waves were produced—the same ones achieved during a meditation session. The spiritual videos produced more alpha waves, which are associated with rest; and the distressful videos produced flat waves, similar to those experienced by people who feel detached.

“Gamma is the only frequency that affects every part of the brain,” says Berk. “So when you’re laughing, you’re essentially engaging your entire brain at once. This state of your entire brain being ‘in synch’ is associated with contentment, being able to think more clearly, and improved focus. You know, that feeling of being ‘in the zone’.”

More From Prevention: 10 Simple Ways To Relieve Stress and Improve Your Mood

And the more you laugh, the more you should notice these perks. “It’s similar to the way regular exercise reconditions and reprograms your body over time,” says Berk. “With regular laughter, you’re optimizing your brain’s response to this experience.”

Previous research shows that laughter also acts as an antidepressant, reduces risk of heart disease, and helps reduce the body’s inflammatory response. “There’s no reason it shouldn’t be prescribed by doctors as part of a gamut of healthy lifestyle changes,” says Berk. “Unlike food and exercise, you can’t O.D. on laughter—at least I haven’t seen it!”

This article was written by Stephanie Eckelkamp and originally appeared on Prevention.com 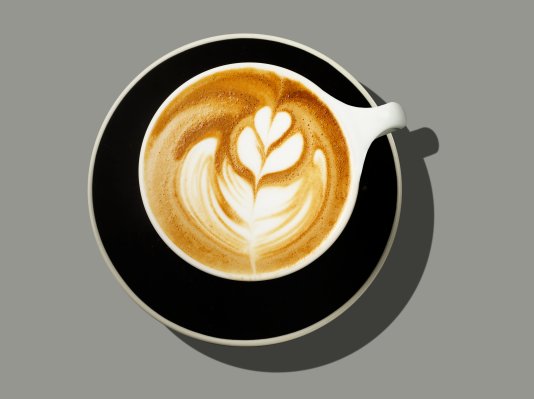 Drink Coffee, Lower Your Diabetes Risk
Next Up: Editor's Pick