The Surprising Art and Science of NOW That's What I Call Music!

If you were watching the right American TV shows in late 1998, you probably saw the commercial above: NOW That’s What I Call Music! promised all the tracks you’d find in a time capsule from that moment, on one convenient CD. “Flagpole Sitta”! “Barbie Girl”! Even “Zoot Suit Riot”!

At the time, the very existence of the album was revolutionary, even though the music it contained seemed like anything but. Though NOW had already had a life in Europe, the compilation market in the U.S. was a different story. The format was associated with oldies and 1-800 numbers. There was no real market for individual tracks, and accepted wisdom said that an artist would be crazy to allow his or her top hit to be sold on a compilation while the source album was still moving off shelves, particularly when the compilation was the product of a rival record label. NOW‘s creators had to convince stores to carry their product, and they had to convince labels that participating would not cannibalize their own sales.

Despite the challenges, they succeeded — obviously. Bruce Resnikoff, the president of Universal Music Enterprises and the executive in charge of NOW since the series launched in the U.S., says that by the time NOW had put out a few installments in the U.S., the biggest challenge was no longer to coax managers to allow their artists to be included; instead, it was to tell them that not every hit would fit. About 91 million NOW records have sold in the U.S. in the intervening years and every single installment of the main series has reached the Billboard top 10. If NOW were a band, in all of Billboard chart history, only the Beatles would have more No. 1 albums than they have.

And now, no pun intended, the long-running franchise reaches a major milestone. May 6 will see the release of the 50th installment of the U.S. numeric series. The songs on NOW 50 are just as 2014 as the first NOW‘s were 1998 — “Happy,” “#Selfie” and “Dark Horse” all made the cut — but, in some ways, it’s the same record the series has always produced.

“It is always meant to be a snapshot of the musical landscape at any given time. That’s the whole point of what it is. In that sense it has really not changed,” says Jeff Moskow, the series’ U.S. head of A&R since NOW 4. “You’re supposed to be able to grab NOW 4 or NOW 25 or NOW 50 and appreciate the music of that particular moment. NOW is meant to give you that picture.”

That duality — an ever-steady trendiness, an unbroken immediacy — is present in more elements of NOW than just its concept, or even its ads. (Yes, those ads still exist.) One of those constants is that NOW records can easily seem, well, easy. If the compilation’s creators have done a good job, the album will arrive just at the moment when each of its tracks seems like the most obvious choice for such a record. On the surface, especially for those who aren’t dedicated pop fans, the track listing might read like a simplistic regurgitation of the moment’s music — but it turns out that there’s a precise technique and a hard-learned art to the creation of each NOW album.

Few people are as aware of those particulars as Moskow. After all, he’s the one who has to use that knowledge most. “Suffice it to say it is a very deliberate science and that science has been there since the beginning,” he says. “Whether the consumer knows it or doesn’t know it, it’s part of the essence of the brand — the way the albums feel.”

For example, it’s not easy to make each NOW sound like a single album rather than a haphazard collection of songs. Though the idea may be counter-intuitive, NOW albums aren’t designed to be listened to on shuffle. The first song on each one is usually the biggest upbeat hit on the list; 50 starts off with “Happy” rather than John Legend’s “All of Me,” for example, because Legend’s song — while a huge hit — is too slow.

Another of the tricks Moskow uses is to cut down the space between songs so that it’s as tight as possible; ideally, each new song will start on what would have been the next beat of the song that just finished. The feel of listening to a NOW should be, he says, “boom boom boom.” After you press play, you shouldn’t have to do anything until the last song ends; as with radio or a party DJ, the listener experience is meant to be one of surrender rather than control. Even after the songs have been selected, Moskow says his job involves trying out different orders until every track clicks. “Anyone who’s ever made a mix tape or really worked on a playlist knows what that art is,” he says. “It’s trying to make the music make sense, taking a bunch of different types of music and a bunch of artists and putting it in an order, a sonic tapestry, that makes sense for the listener.”

In addition, even though NOW albums are designed to sound of-the-moment on the day they arrive in stores, it takes months to put each one together. That means that developing each track list is less a matter of collecting the hottest songs and more about guessing what exactly will be hot in the future. (Recent NOW collections take this to another level, including a few “What’s Next” songs — picks that the label thinks will be NOW-worthy after the album comes out.) Some of the songs that make it to the final line-up are already established hits — mostly by airplay for earlier installments, and now by a combination of airplay, social momentum, video views and other factors — but many are just beginning to creep onto the airwaves when they’re selected. Moskow says that “#Selfie” is a good example of that predictive power on the latest record: “I had a sense that this song was going to be a hit. I don’t judge it, I don’t say I like it or I don’t like it, I just listen to it and I can hear that it’s going to be a hit,” he says. “Of course, now the song is a hit.”

That judgment-free evaluation is one of the most important elements of the franchise, the reason why NOW is worthy of note beyond the bounds of a pop fan’s earbuds. The consumer, Moskow says, is the one who really decides what ends up on a NOW installment. Consider, for example, the dying division between pop and country: though NOW That’s What I Call Country! is its own franchise, the main numerical albums have recently begun including more country. If they didn’t, they wouldn’t be an accurate representation of the current tastes. There’s no editorializing, even as pop tastes evolve, which means that the series is — in its own way — an important pop-historical document. Each one captures the sound of a moment in time, in a more immersive way than any written list could do. It reflects not one listener’s taste, but a nation’s.

And there’s no sign that the franchise is slowing down. Resnikoff says that digital sales have been increasing, though Moskow says that physical sales are still dominant. (In-car CD players are a major contributor, he thinks.) There’s still a market for clean party-, kid- and car-friendly versions of pop songs, and consumers will often buy a NOW album even if they already own several of the individual tracks. Moskow and Resnikoff did not provide exact sales numbers, but both say that though there has been some decrease in NOW sales over the years, that decrease is in line with the decline throughout the music industry. 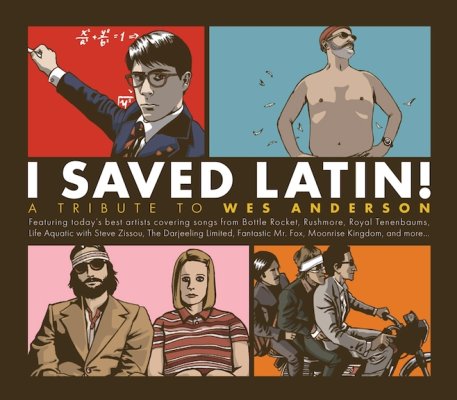