Rapper Nicki Minaj has never shied away from making a statement — and with her latest video, the rapstress is back in the crosshairs of controversy. The clip, for her new single “Lookin Ass Nigga,” has drawn mixed reviews so far, but what’s sparked a debate isn’t the track itself — but, rather, her unofficial cover art, which uses an image of Malcolm X holding a gun. (The image has since been taken down, but you can see it here.)

Shortly after she posted the picture to her Instagram account, the uproar began — including a Change.org petition, which drew thousands of signatures, urging a boycott to stop her from “dishonoring the life and contributions of one of the greatest leaders of the 20th century.” In another petition, activist Kevin Powell made the point that Malcolm X’s reason for carrying a gun (because he was justifiably afraid for his life) isn’t comparable to Minaj’s sexualized use of guns in the video.

Amidst the furor, Minaj took to Instagram on Thursday evening to explain herself and offer an apology to the assassinated leader’s estate. “What seems to be the issue now?” she wrote, before apologizing:

But Minaj’s apology is unlikely to settle this particular controversy.

For one thing, despite her admiration for Malcolm X’s legacy, her statement doesn’t address the points made by her detractors. Minaj said that the song is meant to empower women by allowing them to talk about men in the same way women are routinely judged and objectified — and her point about the way music often talks about women is totally valid and important — but that has nothing to do with Malcolm X. That is, her complaints about male mistreatment aren’t exactly civil rights issues; she’s taking umbrage with men who act rich, thinking that will impress her, but actually use prepaid cell phones and make small-scale drug deals. Sure, she may be standing up for what she believes in, but the comparison doesn’t really work, and her apology doesn’t acknowledge that.

And even if the Malcolm X controversy goes away, the song itself still has plenty of fodder for making people mad: There’s a lyric where she uses rape as a metaphor for how she plans to seize control back from men, which has already upset fans, and the number of times she uses the titular epithet (41, according to one site) has also drawn criticism.

Then again, in the same radio interview where she explained how the song is empowering, she said she wasn’t trying to piss anyone off but did want to get people talking. If Minaj wants the song to be “a conversation,” her wish is coming true. 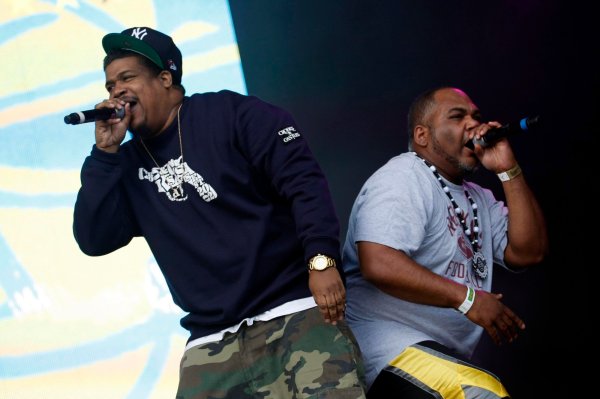 De La Soul to Release Entire Catalog for Free (But Only for 25 Hours)
Next Up: Editor's Pick