When Mark Fields was leading the team given the task of redesigning Ford’s most cherished car, the Mustang, he clearly understood the difficulties of following a legend. “You have to have a lot of passion and emotion in this business,” he told me at the time, “and I would just term it a combination of pride, a sense of pride to be able to reinterpret the icon of the company, but also a good degree of angst. Because we don’t want to be known as the team that screws it up.”

He didn’t. The new Mustang is a beauty.

Now he’s following another legend, although this time it isn’t a car, it’s Alan Mulally, the former Boeing executive who led Ford out of the automotive abyss since becoming CEO in 2006. Fields, who becomes CEO July 1, has been along for the ride, helping to overhaul everything short of the blue oval emblem. Mulally, 68, is leaving six months earlier than planned, saying Fields is ready to take the job; Ford was also getting pressure from investors after Mulally’s dalliance with Microsoft about taking the top job there.

Mulally and Ford executive chairman Bill Ford stopped by Fields’ office Wednesday just after noon to give him the good news, which was announced Thursday. “It was a really precious moment,” Fields told TIME just hours after the announcement Thursday. “Alan said: ‘First off, congrats.’ And that he is so happy for Ford and for me and for a smooth transition. This is the first time in, literally in our history, of having a seamless [leadership] transition. There were smiles all around.”

Transition at Ford has been something of a blood sport from the getgo. Henry Ford, Bill’s great-grandfather, was eventually pushed out of the company he founded. In some respects, Fields’ career arc has happened in reverse of the usual order of things. He’s not the kind of executive who works his way up by taking a series of ever bigger jobs. Instead, Fields has been packed off to every corporate minefield Ford managed to bungle into, and steered the company into the clear. “Mark has transformed several of our operations around the world into much stronger businesses during his 25 years at Ford. Now, Mark is ready to lead our company into the future as CEO,” Bill Ford said in a statement.

Fields, 53, has been running Ford’s North and South American businesses since October 2005. In North America, Ford, like other members of the Big Three, was losing tons of money making automobiles. Fields led a team that resized its manufacturing to its market share, and began to spend heavily on new products. He pulled off a similar overhaul in South America.

At the top of the food chain, Fields was group vice president, Premier Automotive Group (PAG), which is the collective of Volvo, Land Rover, Jaguar and Aston Martin that former CEO Jac Nasser had assembled to broaden Ford’s portfolio—given that Lincoln was flailing. At the bottom end of the market, Fields helped run Mazda Motors, then one-third owned by Ford, from 1998 to 2002, to restage the compact car company to compete with Toyota and Honda. Success in small cars is as critical to Ford’s future as are F-150 pickups.

When Mulally came on board in September, 2006, he quickly began disassembling the company’s global brand portfolio to concentrate on the blue oval. He sold off the luxury group, snuffed Mercury as a brand and launched a plan called One Ford that set out to simplify the company, lower costs, and produce better cars around the world. Focusing on global brands such as Fiesta, Fusion and Focus, the idea was produce distinctive cars using a fewer number of platforms than in the past. And building say, a Fusion, the same way around the world would mean lower parts costs and better overall quality. “We made a commitment to serve all the markets around the world with this complete family of best-in-class vehicles with the freshest showroom,” Mulally told me late last year. “And we’ve achieved that for the last few years.”

As boss of the Americas operations, Fields was Mulally’s partner in this process. The key management feature to the turnaround is what has now become a famous Thursday meeting—two hours or so in which the CEO gets a no-nonsense rundown from every sector of the business. In the first couple of these meetings, Ford’s executives were less than forthcoming with the data and suggested that things were fine. “You guys lost $14 billion last year,” Mulally told them. “Is there anything not going well here?'” Fields bought into the fess-up-and-fix-it culture, and eventually took over running the meetings.

Now there is a lot going well at Ford. The company says it will generate an operating profit of $7-to-$8 billion this year. Managing a successful company might be an entirely different proposition for Fields, and he’s wary about being anything but aggressive. “The way we run the company now, in terms of looking at every Thursday morning and talking about the business environment and understanding what’s happening, economic-wise, customize-wise, competitor-wise,” he said. “It’s a great mirror to look at and tell ourselves that we cannot let up one iota.”

It would also be hard to do at this point, given that Ford is launching 23 vehicles worldwide this year, including 16 in the U.S. alone. And there also has some problems to be solved. The company is still losing money in Europe, although losses have been cut substantially. South America is another loser. And there are some issues, to say the least, with its business in Russia. China, on the other hand, is a growth machine for the company.

Mulally, who will leave Ford’s board, is expected to pop up at a leadership or board role somewhere else. He has way too much energy to go and park himself. “The most important that Alan taught me about was the power of positive leadership,” Fields said. Calling Mulally positive is like calling Niagara Falls a waterway. The man gushes good cheer while demanding great results, which is not a common formula in the corner office.

Fields is not as naturally effervescent as Mulally, but he can see that traditional, top-down command-and-control management isn’t the way forward at Ford. “My approach: I’d rather be sunshine to the plant than salt water to the root,” Fields says. “It’s more fun, even though there might be a lot of challenges. But you end up end with a better solution.” 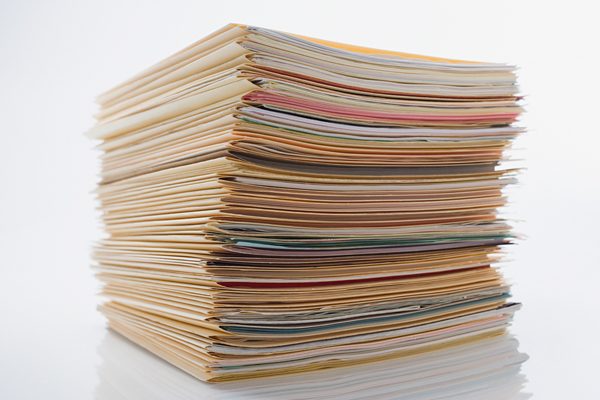 Watch a Dramatic Reenactment of Lawyers Arguing about Photocopiers
Next Up: Editor's Pick