Barack Obama's Facebook Page Joins 'It's Gonna Be May' Meme

Organizing for Action’s Barack Obama Facebook page posted a photo late Wednesday of President Barack Obama looking at Justin Timberlake’s phone with the caption “It’s gonna be May,” a riff on a popular online meme. The post has racked up more than 400,000 shares.

Organizing for Action’s @BarackObama Twitter account tweeted the same photo last year on May 29, along with a reference to the Grammy Award-winning singer’s 2013 single “Suit & Tie”.

The pop star performed at the White House a month before as part of the concert “In Performance At The White House: Memphis Soul.”

“It’s gonna be May” is a popular misheard lyric from *NSYNC’s 2000 hit “It’s Gonna Be Me.” While it may seem like the page is out of touch if the lyric is wrong, the line has actually become a very popular meme that Internet users share in the walk-up to May.

The picture reminds us of past viral photos aimed at millennial voters, such as the White House website with GIFs of cats and twerking and that time the White House tried to make fetch happen again. 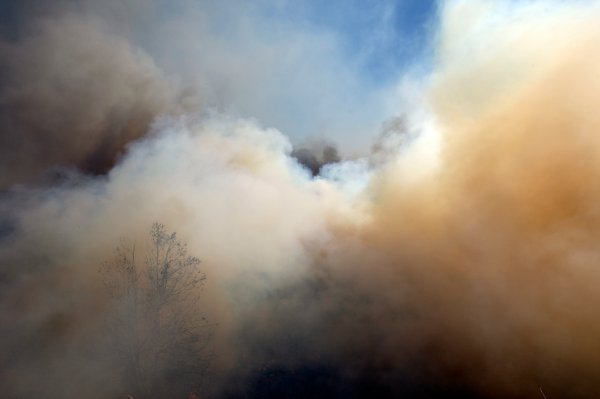 Shirtless Man Asks Out Reporter During Live Wildfire Coverage
Next Up: Editor's Pick