U.S. Struggles in Building a Bridge to Somewhere

Homeland Security Secretary Jeh Johnson walks to a hearing room to answer questions before a closed meeting of the Senate Homeland Security Committee in Washington, D.C., on April 1, 2014.
Cliff Owen—AP
By Jay Newton-Small

Secretary of Homeland Security Jeh Johnson is expected to travel to Detroit on Friday, where he’ll spend the morning meeting with local groups about a bridge to Canada. An as-of-yet unbuilt bridge to Canada.

The bridge, which would augment an 85-year-old private bridge already in existence, was proposed years ago. It is expected to expand trade between the two nations. Already one-third of all goods passing between the U.S. and Canada go over the existing bridge. A second bridge is expected to boost that number and ease congestion. The Obama Administration issued the construction permit in 2013 and Canada has already said it will front most of the $1-billion price tag, with Michigan paying Canada back its share after the bridge—and tollbooth—are already opened.

So what’s the hang up? The $250-million tollbooth and customs plaza.

In an era after the Bridge to Nowhere made famous by Sarah Palin, spending on infrastructure is not the easiest legislation to get through the Tea Party-influenced Congress—even though this bridge clearly goes somewhere, and has the support of Michigan Republican Gov. Rick Snyder. Highlighting just how unenthusiastic this Congress is about infrastructure spending, there’s no deal in sight for how to fill an $8 billion to $12 billion hole in transportation funding that will run dry by the end of August.

The proposed bridge falls under the Department of Homeland Security’s budget since it would be a border connection. Johnson has discretion, to some degree, over his budget and could allocate some of the money without Congress. Meanwhile, Rep. Gary Peters, a Michigan Democrat, has introduced legislation, as part of the 2015 appropriations process, to get the tollbooth built. “I just keep trying to build support,” Peters, who has four co-sponsors thus far, though no Republicans yet, told TIME. “I’m working to have it taken up and get a hearing as quickly as possible. And with Secretary Johnson’s visit, it’s important to lay the groundwork with the Department of Homeland Security. I appreciate how important it is, not just for the Midwest but the country, in terms of our trade with Canada.”

Canada, for its part, has been aggressively pushing the bridge. And between the stalled bridge and the ever-delayed Keystone XL Pipeline, Canadians are starting to wonder if relations with the U.S. are imperiled. “The government of Canada is concerned about the vulnerability of that trade and the jobs it sustains in both our countries,” Canadian Transport Minister Lisa Raitt told a NAFTAnext summit in Chicago in late April.

Raitt warned Canadians against reading too much into the stalling of two of Canada’s top priorities with the U.S. After all, she noted, the pipeline has been stalled by Obama’s Democratic Administration, while the bridge funding has been blocked by the Republican House. “The United States tends not to link things,” she said. “And the Canadians are quick to think about linking things.”

Still, Raitt hasn’t ruled out Canada eventually paying for the U.S. customs booth if the U.S. continues to drag its feet. “We are committed to paying its fair share and we expect, as well too, that the United States pay and be responsible for its share,” she said in Ottawa last month. “But we will continue to talk with our partners in the U.S. and we will continue to work on this bridge.”

Because when America isn’t building bridges to nowhere, or somewhere, it’s burning them. 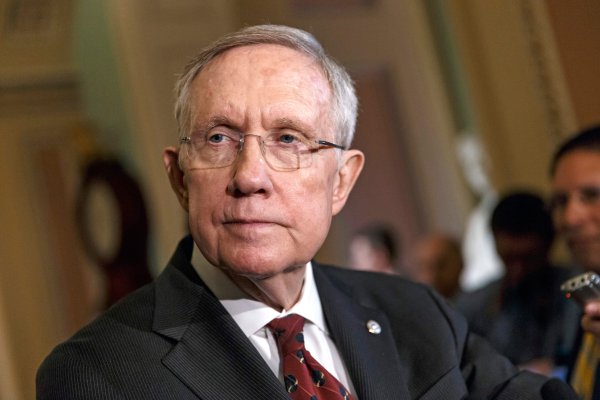 Wage Bill Gets Razed
Next Up: Editor's Pick