How We Failed the Lost Girls Kidnapped by Boko Haram

Nigerian women demonstrate outside the parliamentary building in Abuja, the country's capital, on April 30, 2014, demanding the government to search harder for more than 200 schoolgirls abducted by Islamist militants Boko Haram two weeks ago
Afolabi Sotunde—Reuters
By Charlotte Alter

In a speech on national television Sunday, almost three weeks after the girls were taken, Nigerian President Goodluck Jonathan vowed to rescue the missing schoolgirls and bring them home to their families. On Monday, a Boko Haram leader released a video claiming responsibility, saying “I abducted your girls” and “I will sell them in the market, by Allah.”

There’s nothing the media loves more than a good hunt. So for the past few months, news coverage has been dominated by the hunt for the missing Malaysia Airlines Flight MH370, the hunt for survivors on the South Korean ferry accident, even the hunt for the U.S.’s 2016 presidential candidates. But when Boko Haram terrorists kidnapped more than 276 Nigerian girls from their school on the night of April 14, Wolf Blitzer and his fancy graphics were nowhere to be found.

Eighteen days ago, the girls were just high schoolers trying to get an education. Now they’ve been kidnapped by terrorists and likely sold into “marriages” to men in Chad and Cameroon.

Sister Rosemary Nyirumbe, who runs a shelter for girls abducted by Joseph Kony’s rebel group, the Lord’s Resistance Army, in Uganda, says that’s just a euphemism for systematic rape. “This is not marriage,” she says. “They are being given in sex slavery. This is human trafficking. We should call evil by its name.” Sub-Saharan Africa is home to over 16% of the 29.8 million enslaved people in the world, and now these girls have likely joined their ranks.

It’s atrocious that the Nigerian government has made almost no publicized effort to find the girls. Mausi Segun, a researcher for Human Rights Watch in Nigeria, says that people who live near the group’s suspected camps haven’t seen any security forces searching for the students, nobody from the government has reached out to the families, and the government even lied and said that most of the girls had been returned.

But the media enabled the government to sweep the whole thing under the rug by ignoring the story for weeks. The kidnapping was mentioned for the first time on American nightly news on May 1, more than two weeks after the girls were taken, according to Andrew Tyndall, who runs the Tyndall Report analyzing TV news. NBC Nightly News ran the first story Thursday night, CBS ran a piece Friday morning, and ABC has been mum. The story never made the front page of the national edition of the New York Times. CNN has had a bit more coverage, but nothing approaching the coverage of the missing Malaysia Airlines plane carrying 370 passengers or the South Korean ferry accident that left over 300 people dead or missing. We only started paying close attention after salacious rumors surfaced that the girls were likely sold as child brides for as little as $12. That’s too little, too late.

By contrast, when the Malaysia Airlines jet disappeared March 8, the story was the lead story on all NBC, ABC and CBS news shows for 11 weekdays straight.

But does it matter what’s on TV?

Nyirumbe says global media attention is key to stopping the atrocities. “The media has the most powerful voice, the media can reverse evil if it is done correctly,” she says. “Even these people who are doing these atrocities against humanity, once they hear the media is coming, they stop.”

The irony is that by Netflix-algorithm logic, this should have been the biggest news of the past two weeks — stories about searches, schools and sexual abuse tend to capture our interest. Tyndall points out that the media tends to love stories about girls’ education in Muslim countries; just look at all the press Malala Yousafzai has gotten (she now has a publicity team to handle her public image).

The girls were kidnapped by Islamic extremist group Boko Haram on the night of they’d assembled to take an exam at the Government Girls Secondary School in Chibok, in the northeastern part of the country. That’s no coincidence, because Boko Haram’s name roughly translates to “Western education is forbidden.” The group has been terrorizing Nigeria for years, capitalizing on instability fueled by economic inequality and unemployment in Africa’s largest economy. They’ve attacked villages, caused explosions at bus stations and murdered boys at a boarding school, but this is their largest attack yet, the one that should have caught the world’s attention.

The issue will be harder to ignore when representatives from other nations descend on Nigeria this week for the World Economic Forum. Nigeria just became Africa’s biggest economy, and the government wants to be associated with growth and opportunity, not terrorism and corruption. This mass kidnapping is bad optics for the narrative of a Nigeria on the rise, which is why they tried to bury the story.

Segun, of Human Rights Watch, says that the government’s lie that the girls were returned was partially intended to deceive the media. “The government is concerned about its image, and a lot of what happened initially was that to stave off that interest,” she says, adding that the government pressured the school principal to back up their story, but she refused.

But why did it take the press so long to catch on?

Because we have a tendency to overreport stories that affect our foreign policy (especially in India, China and the Middle East) and underreport stories that have less geopolitical relevance. There’s also the fact that most foreign bureaus have been decimated, and 20 newspapers and companies have eliminated their foreign bureaus since 1998, which means that facts about the kidnapping were hard to come by. And it’s impossible to ignore the racial implications: when a pretty blonde girl like Hannah Anderson or Elizabeth Smart goes missing, news outlets send helicopters and reporters to the scene; but when hundreds of black girls are kidnapped in a faraway country, it barely makes the news.

Now the spotlight on this case has grown, perhaps because of the impending economic forum. But it almost doesn’t matter what finally got the world’s attention because the media scrutiny came far too late. Two weeks ago the girls were taken in a caravan that moved slowly enough that some girls were able to escape. If we had paid attention then, when the girls were together and still in the country, they might have been found.

Of course Boko Haram are the villains here, and the Nigerian government bears the brunt of the blame for the lack of action. However, this tragedy is partly on us. We weren’t paying attention. We failed those girls. Let’s not do it again.

The map below shows how the conversation finally exploded on Twitter. 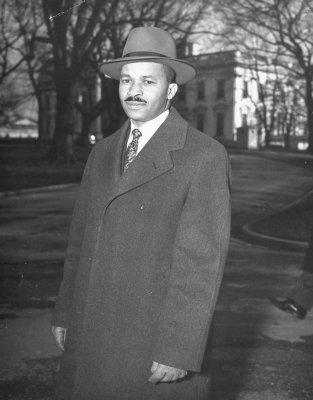